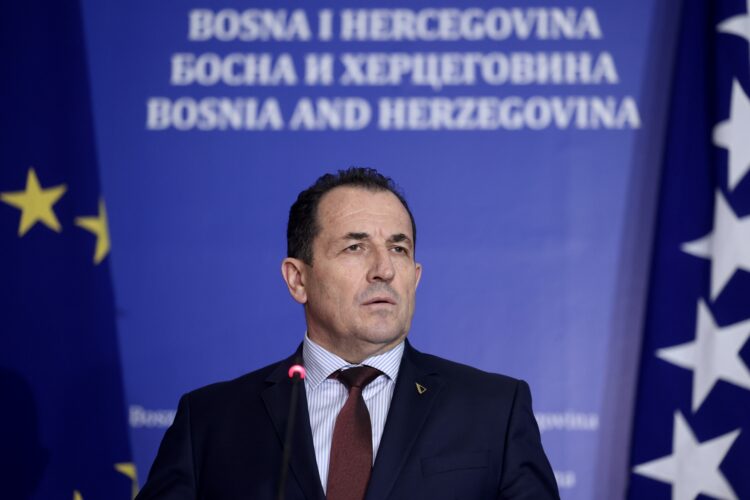 Bosnian security minister Selmo Cikotic refused any link with the speculations that he is one of the persons mentioned in an indictment in the case of a former top FBI agent Charles McGonigal, who was arrested on charges of violating sanctions on Russia by providing services to the oligarch Oleg Deripaska. The US media widely reported on the case on Tuesday.

Former FBI agent, accused of violating the US sanctions on Russia, was also charged with taking more than 225,000 dollar bribe in cash from a former intelligence agent, a naturlised US citizen born in Albania, who worked as Albanian intelligence officer several decades earlier, according to the indictment.

But, the document mentions two persons of Bosnian nationality, ‘Person C’ who was “an advisor to a Bosnian member of the Presidency” and a “former Bosnian defense minister,” as well as ‘Person D’ who is the founder and general manager of a Bosnia-based pharmaceutical company.

The description of ‘Person C’ in the indictment correspond to the positions that Cikotic performed at the given period.

“Nobody has contacted me. I wouldn't like to speak about it more, especially not at the level of speculations,” Cikotic briefly told N1, asked to comment on the fact that a person mentioned in the indictment, marked as ‘Person C’ matches his description.

According to the indictment, the former FBI agent met with ‘Person C’ and ‘Person D’ in Germany back in 2018, where the two asked for a meeting with the US Ambassador to the UN or another high-level US government official to ask for political support that would impact the region of Bosnia and Herzegovina. Couple of months after the initial meeting, McGonigal asked for a sum of 500,000 dollar to be paid for scheduling a meeting with a representative from the US delegation to the UN.

Full text of the indictment has been published in Washington Post.