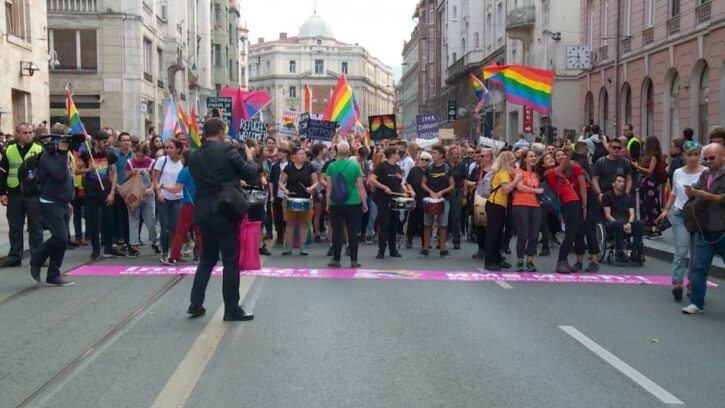 Sarajevo Canton authorities agreed to cover the costs for additional security measures at the 2021 BiH Pride March, which will take place on August 14, organisers said on Monday.

The Pride March is considered a high-risk gathering and the organisers said they have to cover disproportionately high costs for additional security measures.

They explained that they managed to cover these costs with support from the international community in 2019 and that since then, they have been trying to get financial support from local authorities for it.

“Our request for the competent institutions to ensure the complete security of the BH Pride March and cover the costs of additional security measures was supported by the Cabinet of the Prime Minister of Sarajevo Canton, Edin Forto, Mayor of Sarajevo Center municipality, Srdjan Mandic, and the Mayor of Sarajevo, Benjamina Karic,” they said, adding that this represents “a great victory” for the informal group of citizens involved in the Price March and is the result of years of activism and cooperation with government institutions.

“It is important that institutions stand on the side of the struggle for human rights, freedom and justice. It is their duty and obligation. We see this cooperation as an important step for the freedom of assembly, not only of the LGBTIQ community but also for all citizens who are committed to a better society,” they said.

They also called for amendments to the law on public gatherings so this kind of support becomes the norm.

The 2021 Pride March in Bosnia will take place in Sarajevo on August 14th under the slogan “Resistance from the Margin.”