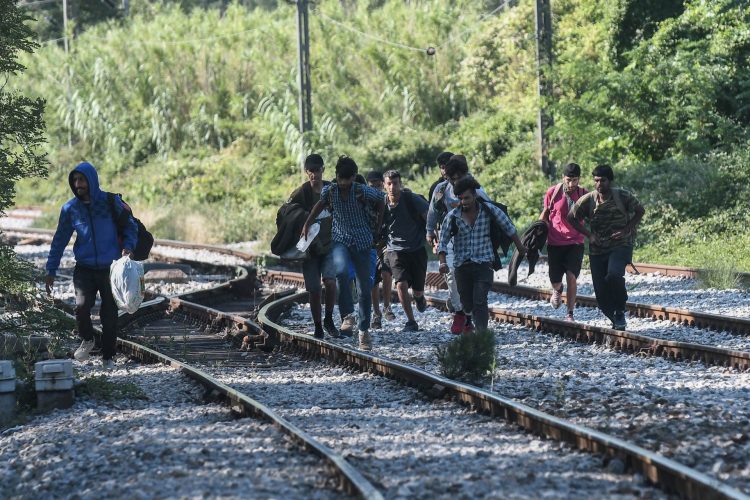 The United Nations in Bosnia and Herzegovina called for “urgent action to end violent pushbacks and collective expulsions of migrants, asylum-seekers and refugees, including minors, along the Croatian border with BiH.”

The statement, published on Monday, said that UN and NGO teams encountered a group of 50 migrant men walking close to the Croatian border towards the northwestern town of Bihac.

“The men were visibly exhausted, in need of clothes and shoes, and had wounds on their bodies,” the statement said, adding that UN emergency teams provided food, clothing, shoes and hygiene items to them and that NGO medical teams provided urgent medical assistance to 25 of them.

“The men described that while crossing the border, they had been deprived of their belongings, including their mobile phones and money, and been beaten with wooden sticks while forcibly returned to the territory of BiH,” it said.

The UN noted that Bosnia has seen “a significant increase in mixed migration movements” in recent years, with more than 70,000 people entering the country since 2017, and more than 4,000 currently accommodated in official reception facilities while some 1,700 migrants are staying outside of these facilities.

Pushbacks of migrants as they try to leave the country on their way to the EU, including entire families with children, have been regularly reported, the UN said, explaining that this represents violations of the prohibition of collective expulsion.

It noted that the UN Special Rapporteur on the human rights of migrants expressed deep concern with ‘the repeated and ongoing disproportionate use of force against migrants in pushback operations’ in 2020.

“Pushbacks and collective expulsions are prohibited under international and EU law, and the UN condemns in the strongest terms the use of violence against migrants, asylum-seekers and refugees at any border. We urge the concerned States to investigate the incident that took place on the 2nd of April and for all perpetrators to be appropriately sanctioned,” it said.

“This alarming and recurrent situation highlights the need to improve migration and asylum policy and governance and implement humane and integrated rights-based practices, not least during the COVID-19 pandemic. The UN is supporting BiH and partners towards this goal,” the statement concluded.