BiH FM meets Iranian counterpart: Imagine if I spoke while wearing a hijab 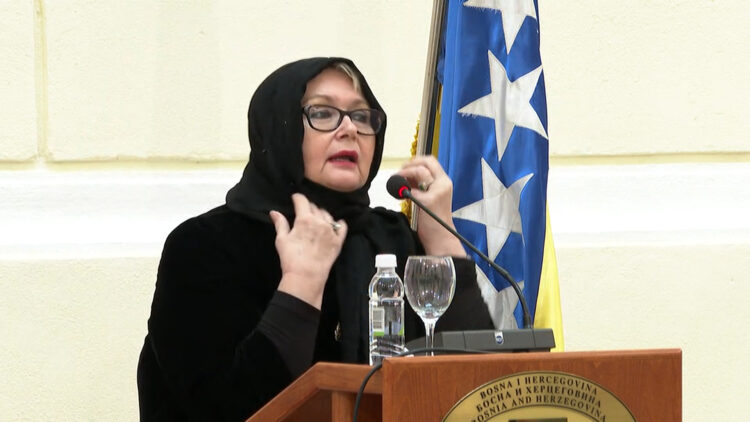 Iran is a friendly country with which the peoples and citizens of Bosnia and Herzegovina have special relations, BiH Foreign Minister Bisera Turkovic after meeting with the Minister of Foreign Affairs of the Islamic Republic of Iran, Hossein Amir-Abdollahian, who is visiting Sarajevo, reports Anadolu Agency reported Tuesday.

“I discussed with Minister Amir-Abdollahian all issues of mutual interest, not only when it comes to relations between the two countries, but also regional and global issues,” said Turkovic.

She recalled that Iran has always supported Bosnia’s territorial integrity.

“Iran is our partner and friend and one of the countries that have always unequivocally supported the territorial integrity and independence of BiH. They provided us with help during the defence and construction of BiH, for which we remain grateful,” the Minister added.

She then stressed the danger of creating stereotypes, saying that “we all have to invest a lot of energy to avoid the stereotypes threatening us”.

“There is little talk about the rights in Afghanistan, little about rights in Palestine, and little about human rights in our country. As you well know, we also have two schools under the same roof, we also have bans on the use of our own language, but we have something else, we have stereotypes that are deeply rooted even though we live in the heart of Europe, even though we are a European nation, we cultivate multiculturalism,” Turkovic said after which she put on a scarf over her head:

“Imagine if I addressed you covered like this, what would your perception be? A stereotype? Human rights include the right to dress and let everyone wear what they want and be treated equally.”