Croatian President lashes out against Mothers of Srebrenica, disputes genocide 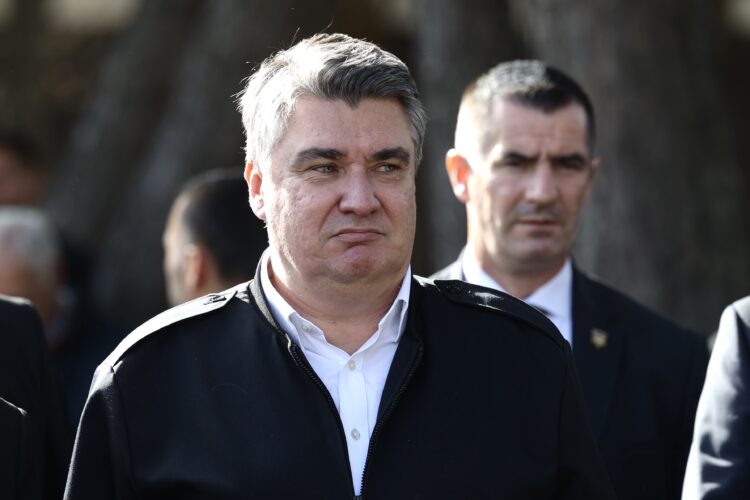 Croatian President Zoran Milanovic made a series of inappropriate statements Wednesday about the Mothers of Srebrenica Association, the genocide in Srebrenica and BiH Presidency member Zeljko Komsic because of the letter to the UN Secretary-General about preventing the participation of Croatian soldiers in the EUFOR ALTHEA mission.

Journalists asked for a comment on the letter to the Mother of Srebrenica to the UN Secretary-General, criticizing him for denying the genocide when he said:

“I thought it was a dignified Association of the mothers of those killed in Srebrenica. These are now women who are in their advanced years. If there were mothers [in that Association] then, and their sons were soldiers, they are now old women who kept their dignity and I hope they didn’t fall into the clutches of unscrupulous utilitarian swindlers from Sarajevo. If they did, I will be very sorry. But what’s the problem? I have never denied the extent of the murder and massacre in Srebrenica, that didn’t even cross my mind. It's like someone denying the Holocaust as such. But legal qualifications, that's something else. We are not in a caliphate or a theocratic state where things can’t be discussed openly. I am not denying anything,” said Milanovic.

He then stated that “there are 500 people in BiH denying the genocide and the scale of the murder, and they should have accused Milorad Dodik (the outgoing BiH Presidency member], who is doing it, and not deal with the President of the neighbouring country.”

He then went on ironically about the genocide in Srebrenica.

“How are we going to qualify that? I have to ask the Jews of whom 6 million were killed, the Serbs who perished in Jasenovac by the tens of thousands… And then there are the 5-6 thousand young men mostly who were killed around Srebrenica in an attempt to break through the Serb encirclement. It can’t be the same, but it’s common knowledge that it’s a heinous crime,” said Milanovic.

Milanovic also insulted Zeljko Komsic. Bosnia’s Croat Presidency member, by saying that “Croatia will decide about the soldiers in BiH and that if he is not a vassal, he will say that he will have a symbolic presence because he will no longer suffer insults.”

He repeated the false claims that “Croatia liberated parts of BiH”.

“They [Mothers of Srebrenica] came to Knin in 2015 at the invitation of the then President Kolinda Grabar-Kitaorvic and mine, because I was the organizer. ‘If it hadn't been for the liberation of Knin’, which was probably liberated by gremlins, ‘there might have been a second genocide in Bihac’, said Munira Subasic, the head of Mothers Srebrenica. She congratulated the Liberation Day of Knin with the words ‘long live Croatia, long live BiH and long live all good people’. That's what she came to Croatia to say, what is this, nos? have these people lost their minds? To allow yourself to be instrumentalized by bad guys in this way, to write incoherent self-defeating letters, is a loss of all integrity. Now I need to be careful what I say again so as not to offend the Mothers of Srebrenica and not be a genocide denier,” Milanovic concluded.