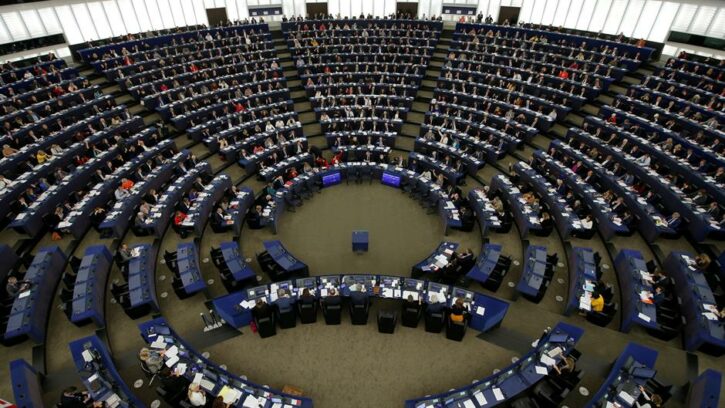 A group of MEPs submitted questions to EU High Representative Josep Borrell in which they argued that a recent EU Council decision regarding the framework for introducing restrictive measures in BiH deviates from the Council’s Sanctions Guidelines.

“Regretfully, the Council fell for (Viktor) Orban's pressure last week, making it de facto impossible to impose sanctions against actors threatening the security of Bosnia and Herzegovina, thereby deviating from its own guidelines,” MEP Tineke Strik wrote on Twitter, along with the question the EP members submitted to Borrell.

Regretfully, the Council fell for Orbán's pressure last week, making it de facto impossible to impose sanctions against actors threatening the security of Bosnia and Herzegovina, thereby deviating from its own guidelines. We ask @JosepBorrellF for an explanation 👇 pic.twitter.com/yytuaPTo6K

The EU Council has adopted on Friday a decision extending its framework for restrictive measures in view of the situation in Bosnia and Herzegovina until 31 March 2024.

The MEPs pointed out that the decision established that restrictive measures against persons under this framework are taken on the basis of unanimity, which they argued deviates from the Council’s Sanctions Guidelines.

They asked Borrell whether he agrees that this deviation represents “a bad precedent and incentive for local interlocutors in BiH,” particularly in light of the ongoing political crisis in the country, and asked whether he or the European External Action Service (EEAS) advised member states to keep the qualified majority vote as a basis for making decisions in this regard.

They also asked Borrell whether there are plans for introducing restrictive measures against those responsible for initiating the process of establishing a separate High Judicial and Prosecutorial Council (HJPC) in Bosnia’s Republika Srpska (RS) entity, which was described as an unacceptable violation of the constitutional and legal order in BiH in a February 10 statement issued by the EEAS.

“If not, why not, and what criteria are applied?” they asked.

Finally, the MEPs asked whether Council’s legal service has its opinion on this deviation from the Sanctions Guidelines, and its opinion could be shared with the EP.