Pelosi lands in Taiwan amid warnings from China 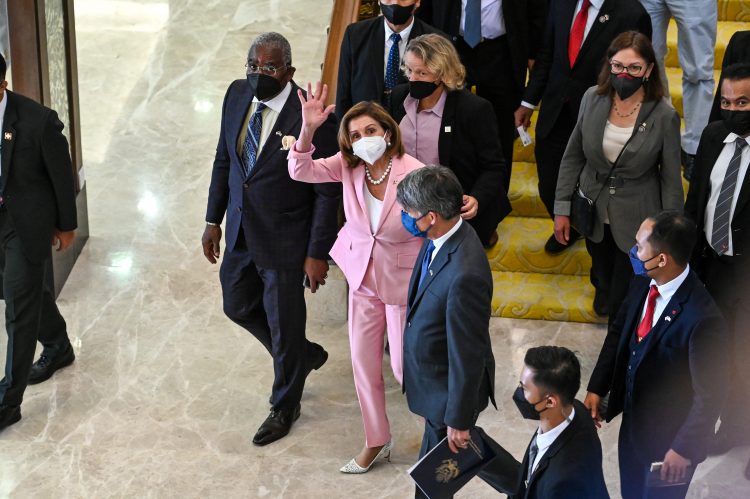 US House Speaker Nancy Pelosi landed in Taipei on Tuesday, marking a significant show of support for Taiwan despite China's threats of retaliation over the visit.

Pelosi's stop in Taipei is the first time that a US House speaker has visited Taiwan in 25 years. Her trip comes at a low point in US-China relations and despite warnings from the Biden administration against a stop in Taiwan.

A Taiwanese official told CNN that Pelosi is expected to stay in Taipei overnight.

Pelosi's stop in Taiwan was not listed on the itinerary of her congressional visit to Asia, but the stop had been discussed for weeks in the leadup to her trip. The potential stop prompted warnings from China as well as the Biden administration, which has briefed the speaker about the risks of visiting the democratic, self-governing island, which China claims as part of its territory.

On Monday, China warned against the “egregious political impact” of Pelosi's visit, saying that the Chinese military “won't sit by idly” if Beijing believes its “sovereignty and territorial integrity” is being threatened.

Secretary of State Antony Blinken said Monday that the decision to visit Taiwan was the speaker's, noting there was past precedent of members of Congress — including previous House speakers — visiting. “Congress is an independent, coequal branch of government,” Blinken said in remarks at the United Nations. “The decision is entirely the speaker's.”

White House officials also warned Beijing on Monday not to take any escalatory actions in response to Pelosi's trip.

“There is no reason for Beijing to turn a potential visit, consistent with long standing US policy, into some sort of crisis or conflict, or use it as a pretext to increase aggressive military activity in or around the Taiwan Strait,” National Security Council Strategic Coordinator for Communications John Kirby told reporters on Monday.

US President Joe Biden has said publicly that the US military did not believe it was a good time for Pelosi to visit Taiwan, but he stopped short of telling her directly not to go, two sources previously told CNN.

The issue of Taiwan remains among the most contentious in US-China relations. Biden and his Chinese counterpart, Xi Jinping, discussed it at length during a phone call last week that lasted more than two hours.

Administration officials are concerned that Pelosi's trip comes at a particularly tense moment, as Xi is expected to seek an unprecedented third term at the upcoming Chinese Communist Party congress. Chinese party officials are expected to begin laying the groundwork for that conference in the coming weeks, putting pressure on the leadership in Beijing to show strength.

While Biden has not endorsed Pelosi's visit, US officials believe Chinese leadership may be conflating the House speaker's trip with an official administration visit, and they're concerned that China doesn't separate Pelosi from Biden, much, if at all, since both are Democrats.

Pelosi has long been a China hawk in Congress. She's previously met with pro-democracy dissidents and the Dalai Lama — the exiled Tibetan spiritual leader who remains a thorn in the side of the Chinese government. She also helped display a black-and-white banner in Beijing's Tiananmen Square two years after the 1989 massacre, and in recent years she's voiced support for the pro-democracy protests in Hong Kong.