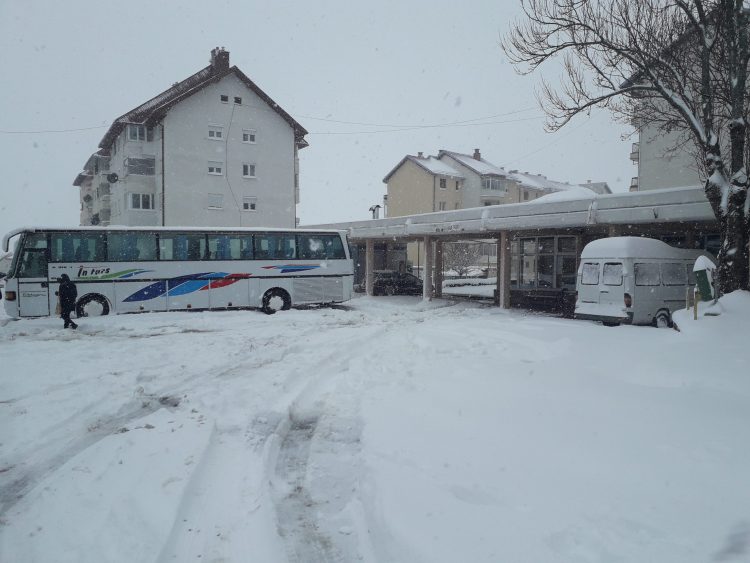 The roads leading to several Gacko villages in southern Bosnia are still impassable due to overflowing water caused by heavy rainfall from days before, but also due to the snow, which in some places reaches 70 centimetres.

Aleksa Vuckovic, the Gacko fire brigade commander, told Srna news agency that the height of the snow in the village of Fojnica is 70 centimetres.

“The water level in the village of Lukovice is 50 centimetres lower, but the entire village is currently cut off from the town due to snowfall,” he said.

The commander noted that the situation in the village of Danici has improved considerably and that the road is expected to be passable during the day.

Srna was told by “Herzegovina Roads” that all road directions in eastern Herzegovina are passable, but due to rain and snow in some parts, they advised caution while driving.