‘EU position on Western Balkans and borders is clear’ 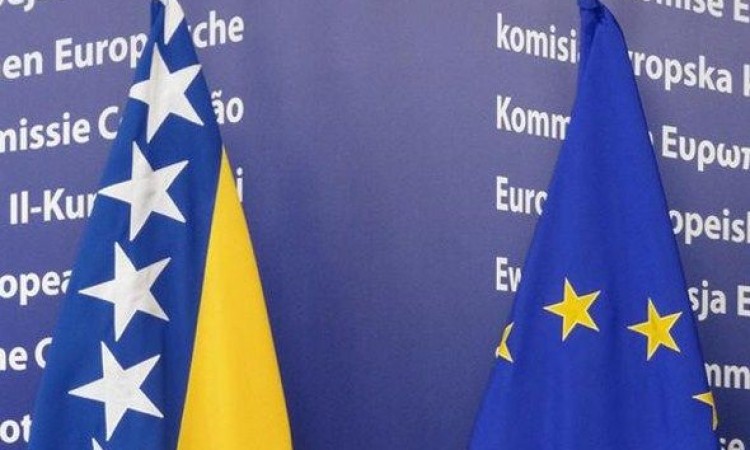 European Union's position on the Western Balkans and borders in that region is very clear, there is nothing to be changed on that, European Commission's spokesman Peter Stano said on Tuesday in a daily press briefing.

Stano was responding to a question about the alleged non-paper document that Slovenian Prime Minister Janez Jansa, according to some media outlets, sent to Brussels and which speaks about redrawing of borders in the Western Balkans.

EC spokesperson said they were not aware of such document and suggested that any question on this matter should be addressed either to the Slovenian partners or the European Council.

But, Stano said, the EU position on the Western Balkans and borders is very clear.

“There is nothing that needs to be changed on that. We should work towards regional cooperation, reconciliation, this is the idea and this is the logic of the accession process. To try to solve all the issues that might be between the countries in a process that does not go into dangerous areas and sticks to the EU law and EU principles,” he said.

The Slovenian PM himself denied the allegations, saying that he last met European Council President Charles Michel last year and that he could hardly hand over any document in February or March this year. He said that Slovenia is “seriously seeking for solutions towards the development of the region and the EU perspective of the Western Balkan countries” and that such claims are “trying to prevent such goals.”

The allegations coincided with a statement by Bosnia Presidency's Croat member Zeljko Komsic, who told media on Monday that Slovenian President Borut Pahor asked the Presidency members during his recent visit to Sarajevo if peaceful dissolution was possible in BiH.

Bosniak Presidency member Sefik Dzaferovic also confirmed this was a topic of the conversation.