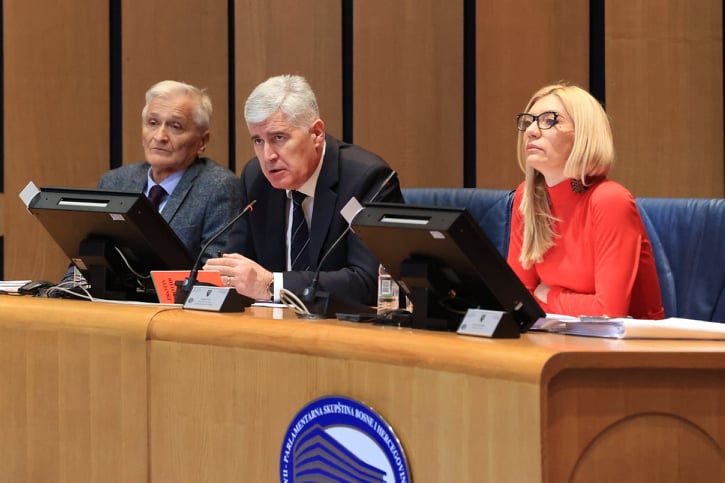 Bosnia’s House of Peoples expressed support for initiating a dialogue between authorities in BiH’s two semi-autonomous entities and political representatives of the three major ethnic groups on possible solutions for the future of the country.

The initiative from the National Assembly of Bosnia’s Republika Srpska (RS) entity was adopted after eight members of the chamber voted in favour, four against and one abstained.

In another decision, the chamber adopted a conclusion saying that Bosnia’s Central Election Commission (CEC) is “not a legislative body nor has the right to make decisions within the competence of the BiH Parliamentary Assembly.”

“The Central Election Commission has not been elected and appointed in accordance with the provisions of the Election Law of Bosnia and Herzegovina. We demand that the members of the CEC be elected and appointed on the basis of a public competition in accordance with the procedures prescribed by the Election Law of BiH,” said the conclusion which was adopted with eight votes in favour and six against.