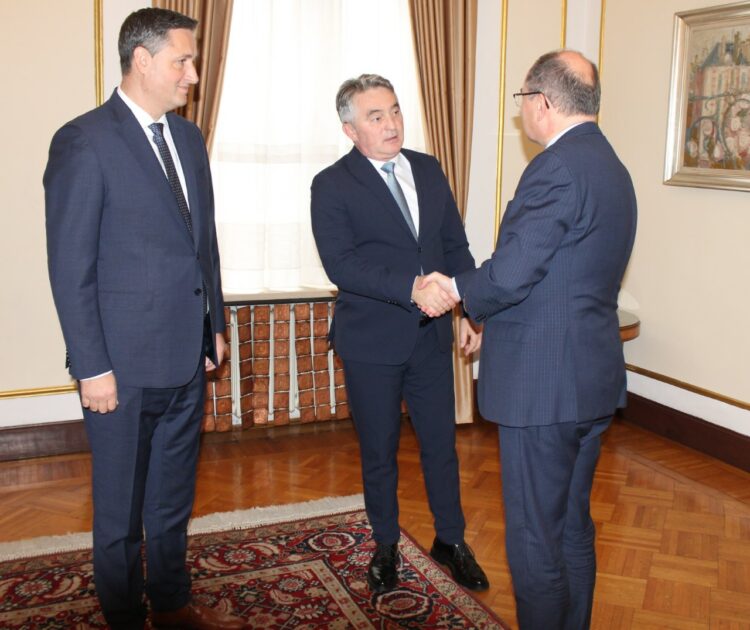 The role of the High Representative of the international community in Bosnia is important for building a democratic state that is moving toward EU membership, a statement by the BiH Presidency said.

High Representative, Christian Schmidt, who is tasked with overseeing the civilian implementation of the 1995 Dayton Peace Agreement in the country, met on Wednesday with two of the three members of BiH’s Presidency, Zeljko Komsic and Denis Becirovic. They discussed reforms BiH must implement on its Euro-Atlantic path, especially in the context of the European Commission's recommendation on granting BiH candidate status.

According to the statement, the three concluded that important weeks ahead of BiH, including high-level meetings with EU bodies and positive decisions are expected regarding the country’s EU integration process.

“The Office of the High Representative has an important role to play in building a democratic and legal state that is rapidly moving towards the EU. It was added that the standards of respect for democracy in the EU should also be applied in Bosnia and Herzegovina, bearing in mind the positive messages and recommendations for the candidate status of Bosnia and Herzegovina”, the statement said.