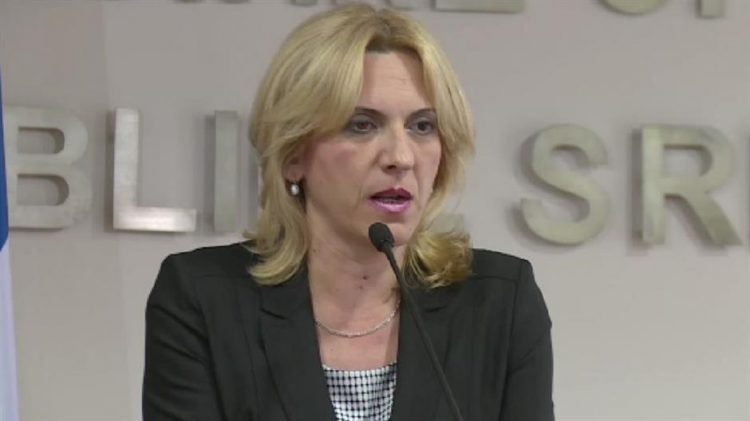 The President of the Bosnia's Serb-dominated entity of Republika Srpska (RS), Zeljka CvijanoviC, on Wednesday wished people affected by a 6.2 magnitude earthquake that hit Petrinja on 29 December a speedy recovery, expressing readiness to send additional aid.

In the first few days after the 29 December earthquake that hit the region of Banija, the Bosnian Serb entity sent ten housing containers.

“The damage is huge. (The disaster) has shaken the people of Republika Srpska, not only because we, too, experienced an earthquake but because we sympathise with the victims,” Cvijanovic told reporters during a visit to Petrinja, noting that the entity authorities were willing to help.

Croatian Deputy Prime Minister Boris Milodevic, who accompanied Cvijanovic, said that if there was something positive about the recent disaster, it was solidarity and “us helping one another irrespective of religious or ethnic differences.”

“As good neighbours, they will show solidarity just as they already have,” he said.

Milocevic, Cvijanovic and the RS delegation also discussed the construction of a bridge at Gradiska to connect Croatia and Bosnia and Herzegovina, which, according to Cvijanovic, will be completed in a year and a half.

What remains to be done is the construction of access roads on the Croatian side, she said.

The RS president described the project “as a joint undertaking by RS and Croatian companies that have shown the ability to work on projects as big as this one despite the coronavirus crisis and the challenges that we have encountered.”

Cvijanovic also underlined the need to reclassify the bridge connecting Novi Grad in the RS and Dvor in Croatia, expressing satisfaction “that there is a readiness to work on the matter on both sides.”

During her visit to Petrinja, Cvijanovic also asked the Croatian authorities to “consider the possibility of relocating (the planned) nuclear waste disposal site in the border area” between Croatia and Bosnia and Herzegovina.

She recalled that the RS parliament had supported a veto on an attempt to block the construction of the Peljesac Bridge.

“We did so to prevent any politicisation of the Peljesac Bridge project and show that any infrastructure project that is good for a neighbouring country is also good for us,” she said.