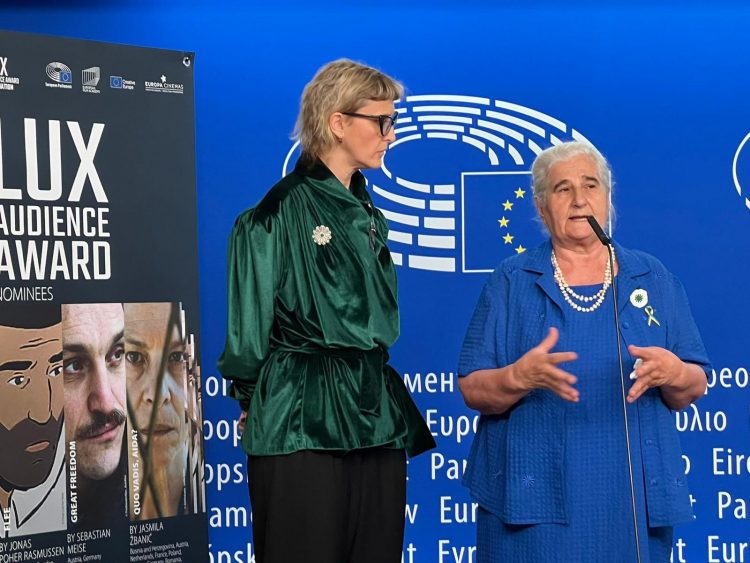 Winning the 2022 LUX Audience Award gives the film ‘Quo Vadis, Aida?’ “a second life” and since several European countries were involved in its production, it also shows “the value of European cooperation”, Bosnian filmmaker Jasmila Zbanic said at the award ceremony.

“President Roberta Metsola awarded the 2022 LUX European Audience Film Award to “Quo Vadis, Aida?” by Bosnian director Jasmila Zbanic, during a ceremony on Wednesday in Strasbourg,” a statement on the EP website said on Wednesday.

The plot of Zbanic’s Oscar-nominated film revolves around Aida, a translator working for the UN in the protected safe zone of Srebrenica on the eve of the July 1995 genocide.

Zbanic thanked the organisers of the award ceremony for “giving the film a second life” so that it can reach “every corner of the European Union.”

Apart from Zbanic, the head of the Mothers of Srebrenica and Zepa Enclaves, Munira Subasic, spoke about the film.

“After the genocide, this film shows how we, mothers, managed to raise 5,500 children who were orphaned and watched the killings and rapes of their parents so that they grow up and live without revenge. None of our children feels hatred. They are the best in the world and in BiH,” Subasic said.