Bosnia’s Kristo in Davos: We need more support from the EU 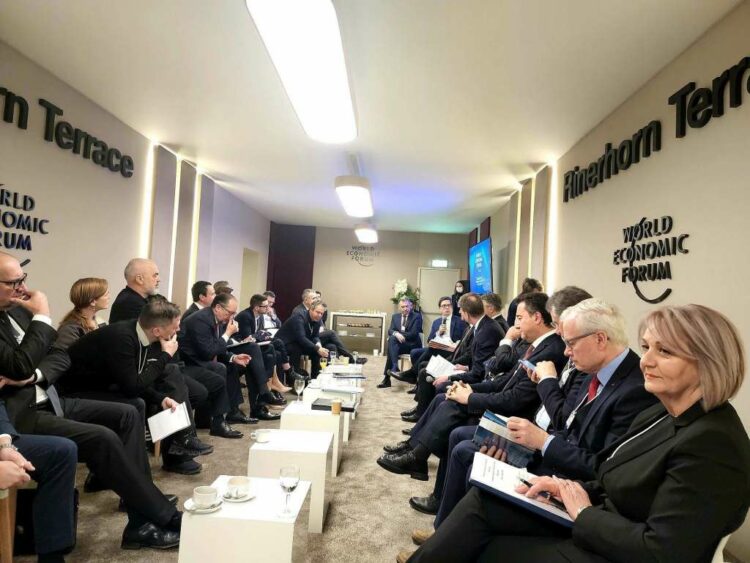 Bosnia's newly appointed prime minister, Borjana Kristo, said in her address at the World Economic Forum (WEF) in Davos’s special session "Diplomatic Dialogue on the Western Balkans" that Bosnia and Herzegovina chooses cooperation and openness as a response to the global crisis.

She emphasized that the new convocation of the Council of Ministers, as Bosnia’s government is officially called, will work on improving relations in the region and intensifying cooperation with the European Union.

“More than ever before, we are aware that we must focus on what unites us, and not on what divides us,” Kristo said, adding that Bosnia remains committed to the Berlin Process as a fundamental mechanism for the path to competitive and stable European societies.

She also said that the current crisis must be turned into a tool that will accelerate the energy transition and remove all obstacles to the development of new, clean and sustainable technologies.

She then met with Serbian President Aleksandar Vucic with whom she discussed economic, but also all other topics of cooperation between Bosnia and Serbia, as well as ways to further improve cooperation. In order to further strengthen and develop, especially the economic relations and ties between the two countries, as well as in the region, Chair Kristo invited President Vucic to continue the successful partnership that Serbia had with the Mostar Fair in 2018 and be the International Business Fair’s guest at the beginning of May.

The two also discussed the issues of joining the European Union and the necessary steps facing Bosnia and Herzegovina and the Republic of Serbia.