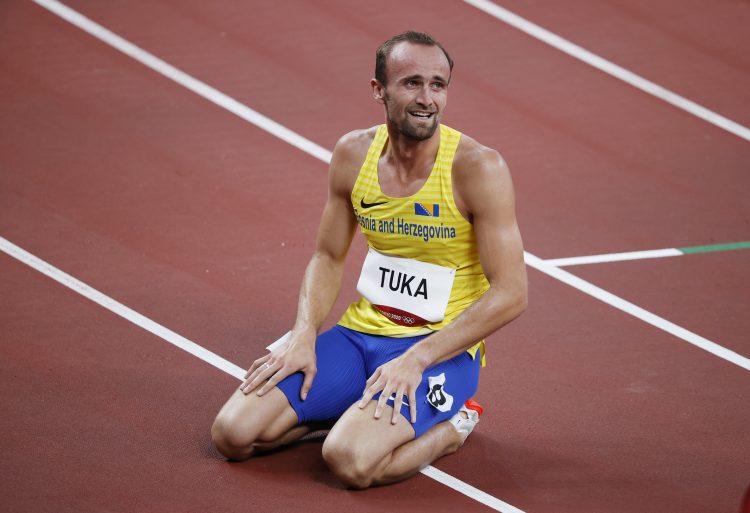 The gold medal went to Emmanuel Korir from Kenya who finished the race in 1:45:06. The second place went to his compatriot Ferguson Rotich, whose time was 1:45.23 while Patryk Dobek from Poland finished in third with time 1:45:39.

Tuka left the stadium in a wheelchair because he was hit in the quadriceps by a runner battling for position.

The injury is not serious and Tuka went to be examined straight after the race.

“I secretly hoped that I could make myself, my family and all my Bosnians happy, but that did not happen, unfortunately. However, if we take into account that I arrived in Tokyo injured, after the rally in London, where I suffered a foot injury, I mustn't and I'm not disappointed with the sixth place,” said Amel Tuka after the race.

He pointed out that he was “happy that he performed at all and even happier that he reached the finals.”

“I fulfilled my goal by placing in the finals in an extremely strong competition. The final is a lottery and as my coach says, we could all have won a medal! Six-seven athletes were close and the nuances decided. Everyone thought that Rotich would win, and in the end, it was Korir, which only shows how unpredictable the race was,” said Tuka.