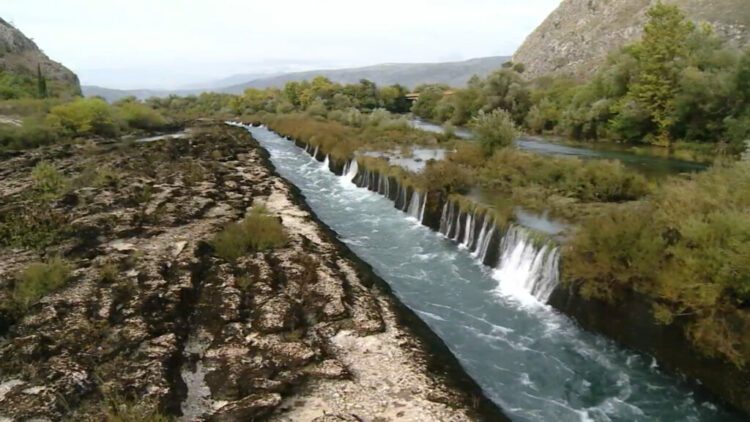 Mostar authorities amended on Tuesday its current spatial plan, removing from the document two small hydro power plants on the Buna river, thus ending the struggle of environmental activists who have been fighting for years against irregularities and procedural errors related to these projects.

The City Council of Mostar adopted the amendments to the Spatial Plan of this southern city in Bosnia and Herzegovina with 25 votes in favour.

Miroslav Barisic, a representative of citizens gathered around the ‘Stop the construction of small power plants on Buna river’ group, said this was the victory of all citizens of Mostar who have been fighting for years to protect this “natural monument.”

“We're happy that the City Council finally protected the interests of citizens and made a decision to protect the Buna canals site – a natural monument from the construction of small hydro power plants. However, it is unacceptable that the deletion of the small hydro power plants at the Buna canals site was used for additional changes and amendments to the Spatial Plan, opposite to the interests of the citizens of Mostar,” stressed Barisic, adding that he expects the higher level of authority, namely the Government of the Herzegovina-Neretva Canton to cancel concession contracts related to these projects as soon as possible.

The activists also noted that the Spatial Plan of the City of Mostar is now harmonised with that of the Herzegovina-Neretva Canton.

The councillors adopted in December last year a conclusion, recommending that the small hydro power plants are removed from the Spatial Plan, as a result of the citizens’ initiative.