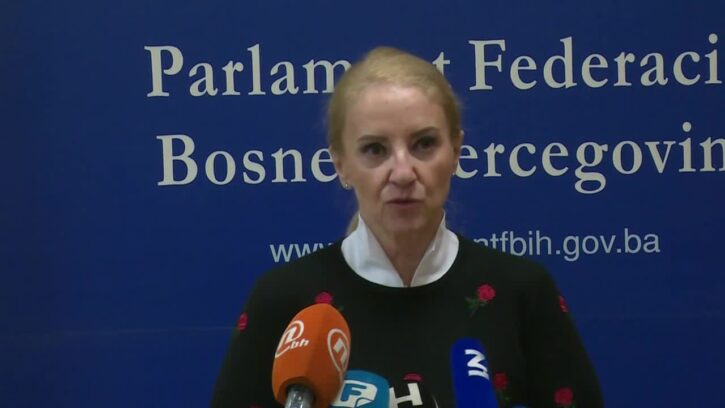 The trial in the case of purchase of ventilators for Bosnia's Federation (FBiH) region from April 2020 resumed on Wednesday before the Court of Bosnia and Herzegovina with the hearing of Sebija Izetbegovic, the General Manager of the Sarajevo University Clinical Centre, who said she was not involved in the procurement procedures.

“I never take part in the procurement, that's not my job. I don't negotiate with suppliers,” Izetbegovic said speaking in the court.

The trial against the FBiH Prime Minister and his deputy, the former head of the FBiH Civil Protection Authority and a businessman in connection with the procurement of 100 ventilators that are allegedly unfit for COVID-19 treatment started late February.

Reports about the multi-million contract authorities in the FBiH granted to FH Srebrena Malina, a fruit processing company, to import 100 Chinese ventilators worth 10.5 million marks (some 5.25 million euros) caused public outrage in the summer of 2020 and prompted an investigation into the procurement procedure by police and prosecutors.

Novalic’s deputy Jelka Milicevic is accused of lack of commitment in office.

Answering the prosecutor's questions about her presence in the FBiH Government session on March 16, 2020, when the Government declared the state of natural disaster, Izetbegovic confirmed she did attend it as the clinical centre chief.

“I was informed that the colleagues from the clinical centres in Tuzla and Mostar were invited too,” she said, dismissing the allegations about taking part in procurement procedures or negotiating with suppliers.

Asked if she talked about the need to purchase the ventilators with Novalic or Solak, Izetbegovic replied:

“I do not remember talking to the PM. I talked to everyone about how I don't know how we will survive without ventilators.”

She also denied having any communication with Solak.