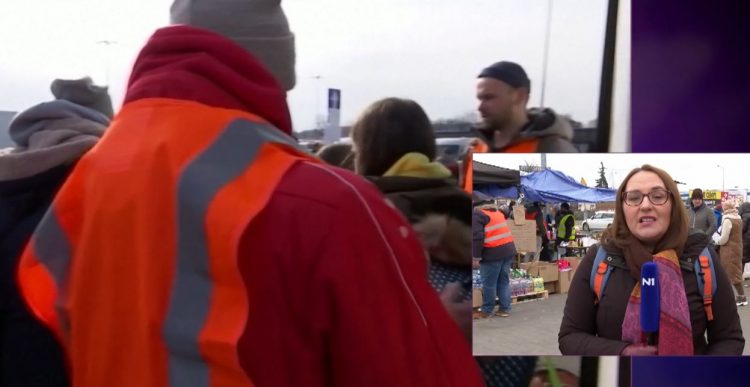 Hundreds of thousands Ukrainians have fled the country since the beginning of the Russian invasion to find a shelter in Poland and other neighbouring countries. N1 team has been reporting for days from the Medyka reception centre at the Polish-Ukrainian borders, which has seen the record number of arrivals on Saturday.

A total of 922,000 refugees from Ukraine have entered Poland so far, and 139,000 people entered the territory only on Saturday.

“More than 100,000 entries to Poland are recorded on daily basis and unfortunately that number is constantly increasing. It simply shows the horror that is happening in Ukraine, and it is assumed that the wave of refugees from Ukraine will be much larger than estimated,” said N1's Tina Jelin-Dizdar reporting live from the border.

US Secretary of State Antony Blinken met Ukrainian Foreign Minister Dmytro Kuleba on Friday and, according to Jelin-Dizdar, the Ukrainians have again demanded the establishment of a no-fly zone over Ukraine.

“Blinken replied that it would simply mean war with Russia. Additional military assistance and air defense were requested, but now the question remains what the NATO member states, specifically the United States, can provide. Blinken also spoke with the Polish Foreign Minister and the Prime Minister, and the focus of the talks was on the big wave of refugees, but also on security threats. So, Poland has asked for additional soldiers, and 10,000 American soldiers are already staying here, some of them arrived in the past weeks,” Jelin-Dizdar said.

As for the conditions at the border checkpoints and reception centers, especially around the busiest border crossing Medyka, according to N1 crew, everything works quite well with many services, organizations and activists helping on the ground.

Refugees are provided with accommodation, but also medicines, shoes, clothes and food and everything they need to get started.

However, the question remains as to how Poland will be able to accommodate so many people given that they arrive in large numbers every day.

Just yesterday, the Polish government stressed that this country has the capacity to receive one million refugees, which means it is near capacity.