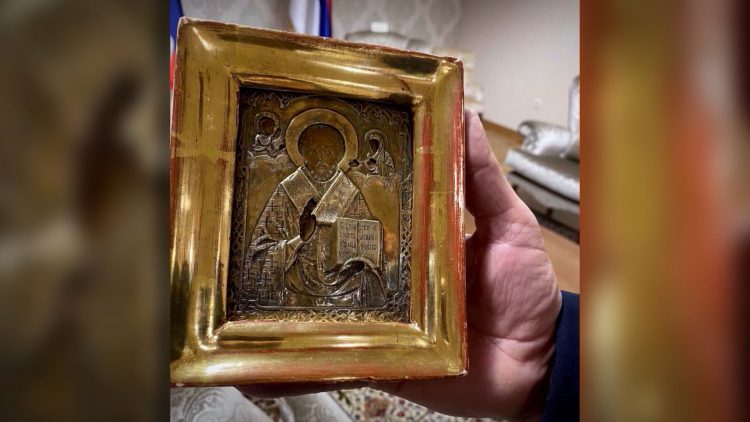 After the Chairman and Serb member of the tripartite Presidency, Milorad Dodik, gave Russia’s Sergey Lavrov the 300-year-old gilded icon in December, the Ukrainian Embassy in Sarajevo sent a note to the BiH Ministry of Foreign Affairs asking for detailed information on the origin of what it suspects is a piece of Ukrainian cultural heritage.

Ukraine’s Ministry of Culture said the icon could have been illegally taken from the Russian-occupied Ukrainian city of Luhansk by mercenaries.

Bosnia’s Prosecutor’s Office meanwhile launched an investigation into the matter.

By the end of December, the icon was returned to Bosnia via the Bosnian ambassador in Moscow, per Russia’s request.

“A number of witnesses testified, including the BiH ambassador to Russia, and a request for international legal assistance was sent to the competent institutions. In this case, further action will be taken to establish all the facts and gather evidence,” the Prosecutor's Office said, adding that it received a request on January 19th for a meeting between the Chief Prosecutor and the Ambassador of Ukraine to Bosnia and Herzegovina.

The institution would not reveal any further details.