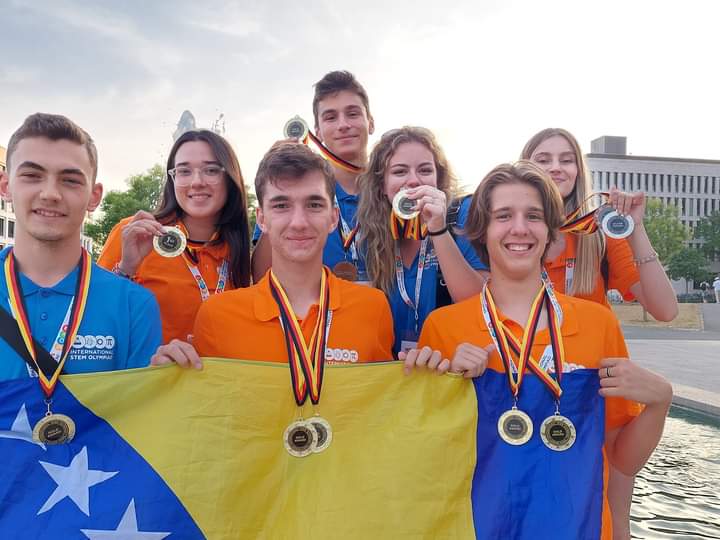 After work that lasted almost the entire school year, then qualification and the online STEM Olympiad, students of the second grade of the MYP program of Second Gymnasium in Sarajevo competed in the STEM Grand Final Olympiad, which lasted from 19 to July 24, 2022. The Olympiad was held in Frankfurt, and students from all over the world competed in various academic disciplines, the school said.

“Matea Sarkinovic, Mona Husein, Soraja Salcin, Kamran Karic, Ammar Pasanovic, Ian Lalic, Rijad Pejkusic are talented students who, each of them individually, and therefore as a team, won gold medals in the discipline of Popular Science (biology, physics and chemistry integrated). Namely, the first 10 students in the world are all gold medal winners, the next 10 silver, and the next 10 bronze. Our Matea is the best in the top 10!” it said.