Dodik to discuss energy issues with Putin on Tuesday in Moscow 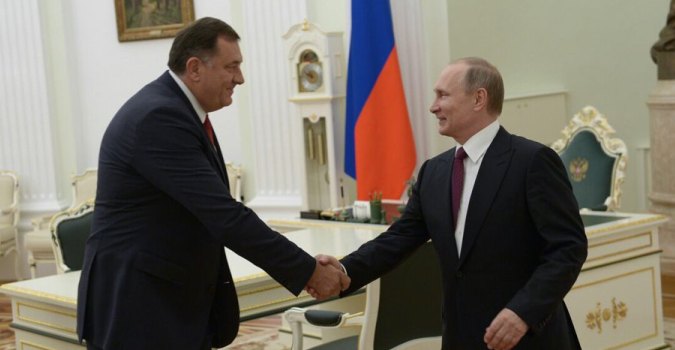 The Bosnian Serb member of the tripartite BiH Presidency, Milorad Dodik, will meet with Russian President, Vladimir Putin, on Tuesday and, according to his advisor, Ana Trisic Babic, the two will speak about economic issues and Dodik does not plan to discuss threats to peace in BiH with the Russian President.

“We are expecting talks about serious economic issues that all serious politicians are talking about today, what to expect this winter, spring and next winter,” Trisic Babic told ATV.

She stated that the upcoming meeting between Dodik, who is also the leader of the ruling party in Bosnia’s Republika Srpska (RS) entity, and Putin in Moscow is a continuation of the conversation that started at the Economic Forum in Saint Petersburg at the end of June.

“One of the topics of the meeting will be the energy situation and how to ensure Republika Srpska is doing as well as well as possible in light of everything that is happening,” she said, adding that the two will probably also discuss the initiative to build a pipeline from Serbia to the RS.

She stressed that, at all such meetings, Russia in its statements always says that it supports Bosnia and Herzegovina as defined in the Dayton Peace Agreement, within its borders, respecting the three constituent nations and two entities.

Speaking about Dodik’s recent meeting with Hungarian Prime Minister Viktor Orban, Trisic Babic said that the two share views on the situation in Europe and the world, and always agree on how to respond to it.

Dodik’s visit to Moscow is taking place amid the pre-election campaign in BiH. Elections are set for October 2.

Dodik is among the few politicians in Bosnia and Herzegovina who support the Russian president despite the numerous sanctions that were imposed on Russia after the invasion of Ukraine.