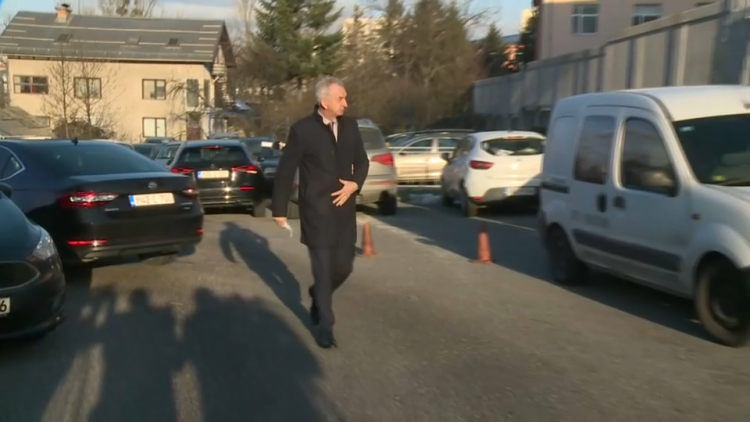 Prosecutorial authorities in Bosnia and Herzegovina have started questioning party leaders from the country's Republika Srpska entity who are under investigation on the suspicion of subverting the constitutional order.

One of the first to be questioned on Tuesday was opposition leader Mirko Sarovic.

Based on available information, BiH prosecutorial authorities launched the investigation after the sitting of the Serb entity parliament of 10 December at which lawmakers adopted conclusions withdrawing the entity's consent to state laws on defence and security, tax and customs duty collection, and on the High Judicial and Prosecutorial Council.

The conclusions were proposed by the ruling majority headed by Milorad Dodik's Alliance of Independent Social Democrats (SNSD). Dodik had been announcing that move for months, recommending also that the entity take over state-level powers in defence, security, the judiciary and taxes within six months.

Opposition parties did not support Dodik's proposal and their delegates boycotted the vote on the conclusions.

“I didn't have anything in particular to say because we abstained from the vote in the parliament and weren't present,” Serb Democratic Party (SDS) leader Mirko Sarovic told reporters in Sarajevo after being questioned by the state attorney.

Goran Selak, Socialist Party leader who also testified as a witness, said that it is the leaders of the ruling political parties in fact who are under suspicion for subverting the constitutional order, including Dodik, RS President zeljka Cvijanovic, and entity Prime Minister Radovan Viskovic.

They haven't been questioned yet, but Cvijanovic has already described the investigation as a political process.

Bosnia's criminal code envisages a sentence of at least five years in prison for subversion of the constitutional order.