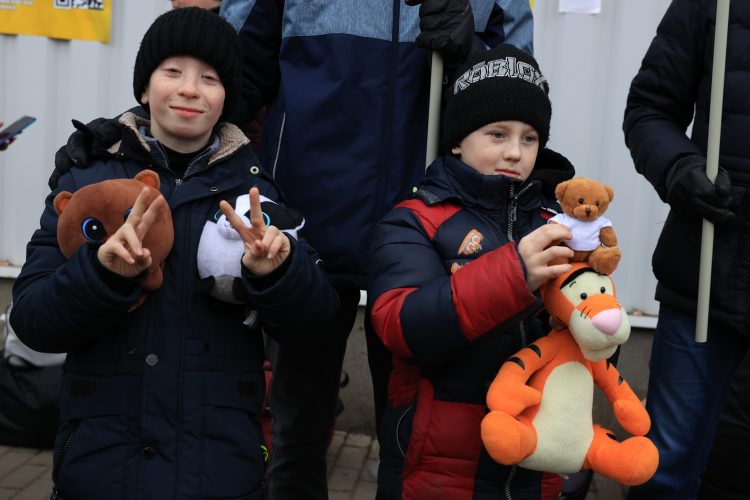 Bosnia and Herzegovina's Minister of Civil Affairs Ankica Gudeljevic on Monday called for facilitating the entry and stay of Ukrainian refugees in that country after some 200 people had arrived in the globally popular Catholic place of pilgrimage Medjugorje in recent days.

The letter sent to the BiH Ministry of Security explains that the Ministry of Civil Affairs received a large number of inquiries, which is why they launched an initiative for adopting special regulations for Ukrainians, which needs to be approved by the Council of Ministers of Bosnia and Herzegovina.

“This way, Bosnia and Herzegovina will help families who were forced to leave their homes in war-torn Ukraine, restore their dignity,” the letter reads.

Minister Gudeljevic expressed the expectation that BiH authorities would follow the decision of European Union countries and show solidarity with Ukrainian refugees.

The Council of Ministers of Bosnia and Herzegovina has to make a decision for all Ukrainian nationals in order for their refugee status to be recognised in that country.

It is expected they will be allowed to enter at border crossings with any document, not just passports.

Currently, Ukrainian nationals can stay in Bosnia and Herzegovina for a maximum of 30 days as tourists, after which they are supposed to leave the country. In addition to extending the time period for staying in the country, they should be allowed free movement, provided with healthcare and free education and be allowed to work, the initiative says.

Since the beginning of the crisis in Ukraine, about 200 refugees have arrived in Medjugorje, where they are staying with hotel and apartment owners, who have shown solidarity with those people in need.