Bosnia's ex senior official back in politics as a coalition leader 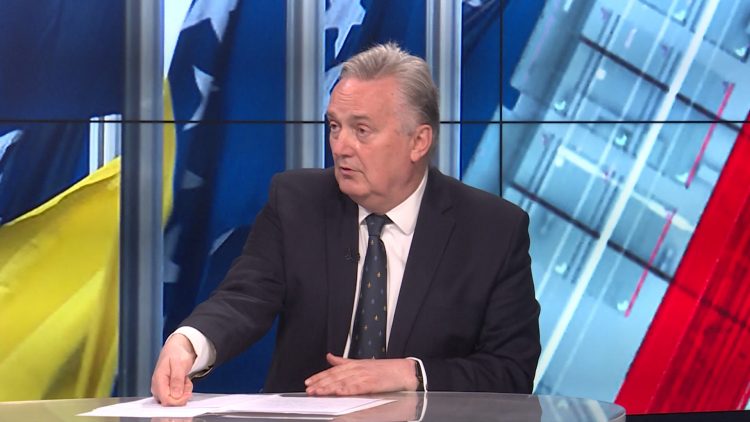 Bosnia's former senior official and ex leader of the Social Democratic Party Zlatko Lagumdzija has announced the return to the politics eight years after leaving the political stage in Bosnia and Herzegovina. Lagumdzija was presented as the leader of the Social Democrats of BiH – The Green Movement Coalition, which will compete in the upcoming October elections for seats in the cantonal, entity and state parliaments.

Speaking to N1, Lagumdzija talked about the reasons for his return to the politics and the goals of the coalition he leads.

“Eight years after I withdrew from the Bosnian political stage I can see that we're heading towards a gradual and deeper disintegration of Bosnia and Herzegovina as a state and as a society of common values, without which we have no future here,” he said.

According to him, more than 50 percent of the social democrats and the greens candidates are not affiliated with any political party and were all connected through a “very clearly defined the Programme 7 Priorities the Manifest 2030.”

“I am not a member of any political party either but only one of the ordinary people who, all together, are in an, non-ordinary mission,” Lagumdzija noted.

Speaking about current challenges regarding the electoral reform that lie ahead of political parties, Lagumdzija expressed pessimism about any agreement.

“The ruling parties and part of the opposition will not agree on anything except to continue the campaign based on fears and divisions in which they act as exclusive protectors of ‘their” people or citizens. They will do this for the next two months and in the end leave us to the international protectors to impose new decisions,” according to Lagumdzija, who served as Bosnia's foreign minister and prime minister.

According to him, the ruling parties “have no capacity or desire” to come before voters with specific programmes to get out of the crisis in all sectors, whcih is threatening us.

Lagumdzija also foresees an “unpleasant election campaign” but he is positive that the public will “turn their back” to the politics that did not manage to benefit from the many friends of Bosnia and Herzegovina.

As for the coalition he represents, its programme named the Programme 7 Priorities the Manifest 2030 has a “clear vision of changes in the next eight years.”

“A vision that must stop the backlash and open the way to Bosnia and Herzegovina, a state and society of common values, in harmony with its neighbours as part of the Euro-Atlantic integration. This clear programme is only a road map that contains an achievable and desirable goal,” Lagumdzija said.

He also conveyed a message for religious leaders.

“I would recommend religious leaders to gather believers around the future of Bosnia and Herzegovina as a state and society with common values, and not to fall into political divisions among them. Unfortunately, today many false statesmen from state and budgetary positions deal with the faith they abuse instead of dealing with their work. Perhaps this is the reason why sometimes religious leaders have to come to the defend the state institutions,” said Lagumdzija, expressing hope that everyone will start dealing with their own work.