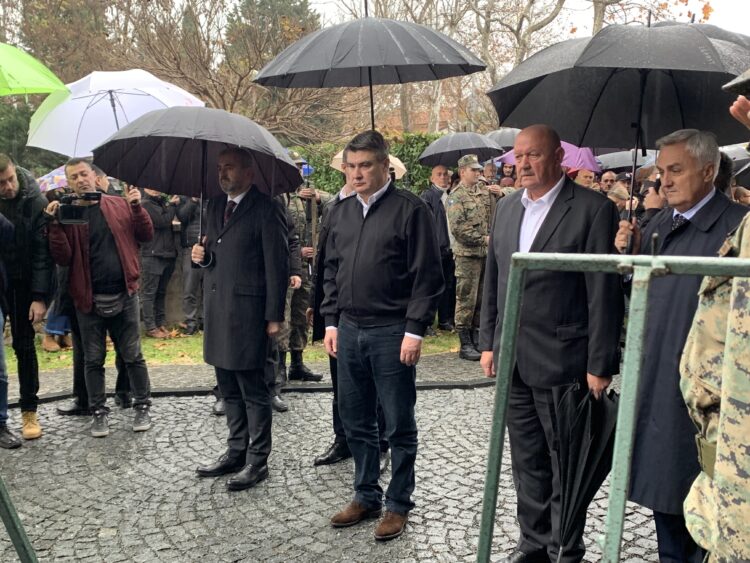 Croatian President Zoran Milanovic attended on Saturday a ceremony in Citluk, southern Bosnia and Herzegovina, marking the 29th anniversary of the formation of the Gavran 2 Special Purpose Unit, which operated as a part of the Croat Defence Council in Bosnia and Herzegovina during the 1992-95 war, bestowing a Croatian state decoration on the unit and announcing the continuation of support to Bosnian Croats.

“You took part in the Operation Southern Move. Without that operation, without the Croatian Army, the Croatian Defence Council and the Army of Bosnia and Herzegovina, the Dayton agreement would not have been signed,” Milanovic said.

He added that Croatia would continue to fight for the equality of Bosnian Croats in relation to Serbs and Bosniaks but that it would not interfere in Bosnia's internal affairs and the process of government formation based on the 2 October general elections.

He expressed an expectation that the outvoting of Bosnian Croats would stop and that they would stay in Bosnia and Herzegovina.

“I want you to stay here because you are a proud and ineradicable people. We want a normal and healthy coexistence with our Serb and Bosniak neighbours and partners,” he added.