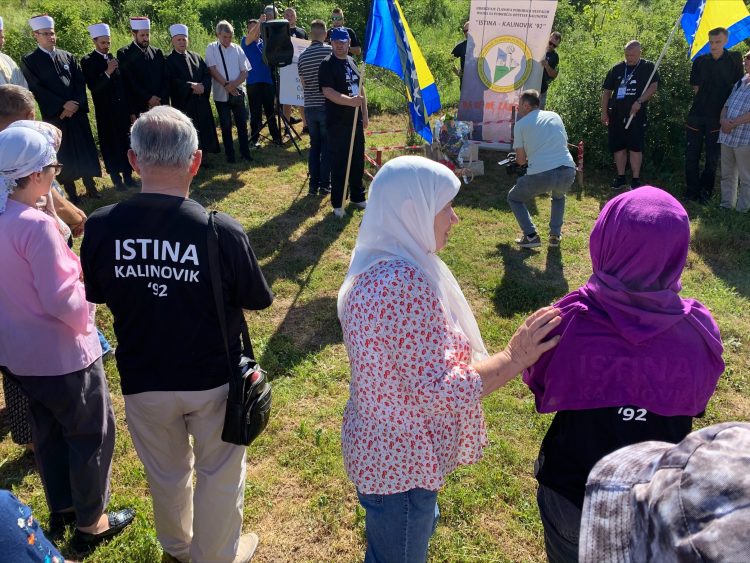 They will offer money, pay informants, and all in order to find out where the bodies of 43 victims from Kalinovik are, said those gathered on the thirtieth anniversary of the suffering of Bosniaks in this small Bosnian town, on Sunday.

“My father Zaim and brother Almir were imprisoned here, my brother was taken away by police officers Predrag Cerovina and Sasa Terzic. I last saw him here in this school, I was 14/15 years old. No one was aware of what was happening. He didn't say anything, there were only tears,” said Elvir Custo in front of the primary school in Kalinovik.

He often says that his wish is to bury his brother, as he buried his father, but also for those responsible to answer. They say the perpetrators of the crimes are in Serbia, and some prosecutors of the Prosecutor's Office of BiH do not want to cooperate with the victims. They conclude that there is corruption in the Prosecutor's Office of BiH, adding that they have been waiting for the indictment to be filed for eight years.

At the moment, those gathered say that 43 Bosniaks are still missing in the Kalinovik area and that there is no progress in the search for them.

A large number of family members of the victims attended the commemoration in Kalinovik on Sunday. They visited several locations of suffering, Rogoj pass, the local primary school and the Gunpowder warehouse. They say that up to 300 Bosniaks stay in Kalinovik during the summer days.