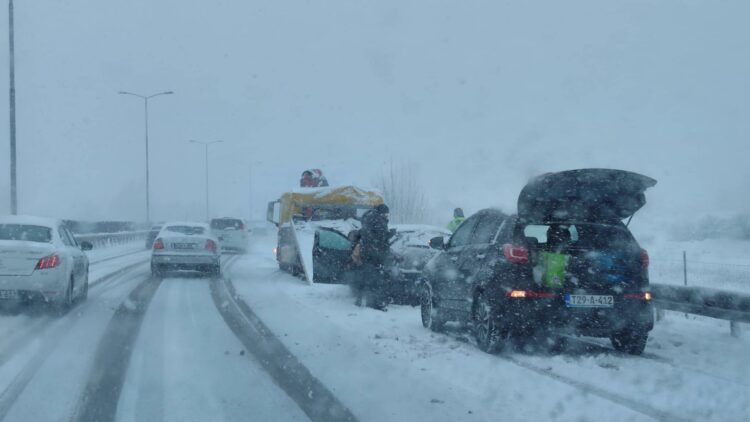 Traffic on Bosnian roads has become painfully slow because of the intense snowfall over past 24 hours, especially on sections over mountain passes.

Due to extremely difficult conditions caused by snow and ice, the movement of trucks with trailers and tow trucks on the Sarajevo-Konjic (Bradina) road was banned. As can be seen in the video captured by N1, the current situation in Bradina is “serious” to say the least.

Traffic on the Rakitno-Blidinje section was suspended due to poor driving conditions for all vehicle categories.

In the western and southwestern regions, strong wind adds to the problems, which forms snow drifts in some places. The use of chains is recommended for trucks on all sections over the pass.

Ice can also be expected due to the low temperatures, especially in higher areas, on bridges and approaches to tunnels.

The wait time at the border crossings does not exceed 30 minutes.