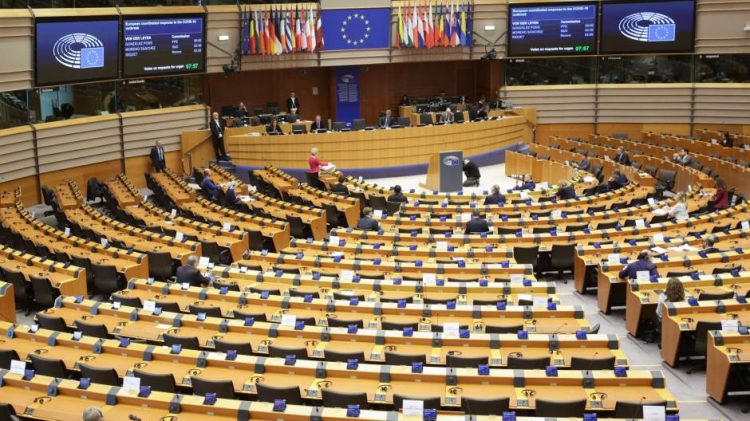 As you are doubtlessly aware, Bosnia and Herzegovina is facing its most serious political crisis since the end of the war, directly caused by the actions of the Serb Member of the tripartite Presidency, Milorad Dodik, and his party the Alliance of Independent Social Democrats (SNSD).

The party’s unconstitutional boycott of legitimate state institutions which was introduced last July over the lawful adoption of a law on genocide denial proved to be the first step in the concretisation of his secessionist agenda for Republika Srpska (RS).

Over the last month, the Republika Srpska National Assembly (RSNA) voted to unilaterally withdraw from BiH’s Agency for medicinal products and medical devices, and similar votes are foreseen to take place that would also unilaterally withdraw RS from federal competencies on tax, the judiciary and the BiH army, thereby violating BiH’s constitutional order.

The recent announcement of the creation of a Republika Srpska entity army and the provocative paramilitary exercises that the RS Police forces conducted near Sarajevo demonstrated that Mr Dodik is not backing down and willing to use force to pursue his goals, feeling strengthened by the direct and indirect backing of Serbia and Russia, as well as the lack of response from the side of the EU.

Twenty-six years after the signing of the Dayton Peace Agreement, Bosnia and Herzegovina is still to a large extent under international supervision, with a High Representative and EUFOR military forces that are unfortunately still needed to oversee the implementation of the Peace Agreement.

This international supervision comes however with great responsibility. A responsibility of active and direct engagement in BiH to assist the country on its path towards an accountable and well-functioning democracy.

This includes a need to react and restore the provisions of the Dayton Peace Agreement, in case there is a threat to peace through the destruction of the territorial integrity and established common structures of the country. Over the last months, the International Community and especially the EU have collectively failed to live up to this responsibility and so far did not introduce any consequences whatsoever for the serious violations of the Dayton Peace Agreement that are being pursued by the RS political leadership.

The situation in BiH was discussed at the Foreign Affairs Council last Monday but without a concrete and strong result. The conclusions grossly lacked a sense of urgency and were even unable to simply name the responsible politicians and causes of the current crisis.

Mr Dodik clearly feels emboldened by this inaction of the EU, proven by the fact that on the very day of the FAC, he reaffirmed the continuation of the earlier mentioned votes in the RSNA. It is apparent that Mr Dodik is not interested in building democratic institutions and an inclusive, unified and peaceful BiH. Severe international pushback is required in order to stop him in the pursuit of his secessionist ethno-nationalist agenda.

We, therefore, call upon you, to support the imposition of firm sanctions on Mr Dodik and all other persons in and close to the RS leadership responsible for and/or supporting the violations of the DPA. This is the only viable way to preserve peace and the territorial integrity of BiH. By simply continuing the dialogue with these leaders, one of them openly threatening with secession, without appropriate consequences, the EU is de facto allowing violations of the DPA, thus of the sovereignty and territorial integrity of BiH.

We urgently call upon you to make use of the Council Decision (CFSP) 2021/543 of 26 March 2021 amending Decision 2011/173/CFSP concerning restrictive measures in view of the situation in Bosnia and Herzegovina1, which was created to sanction individuals whose activities undermine the sovereignty, territorial integrity, constitutional order and international personality of Bosnia and Herzegovina, as well as to sanction persons associated with them.

Given that the actions of the RS leadership and their supporters meet all of the above-mentioned criteria, we urge you to proceed and propose to the Foreign Affairs Council to establish a list of the persons responsible for the ongoing crisis, as well as natural or legal persons associated with them, including for example officials, politicians, security personnel, companies, athletes and sports federations, to whom the sanctions established in the previously mentioned Council Decision apply.

We look forward to your response.”

The letter was also addressed to EU Special Representative to BiH Johan Sattler.