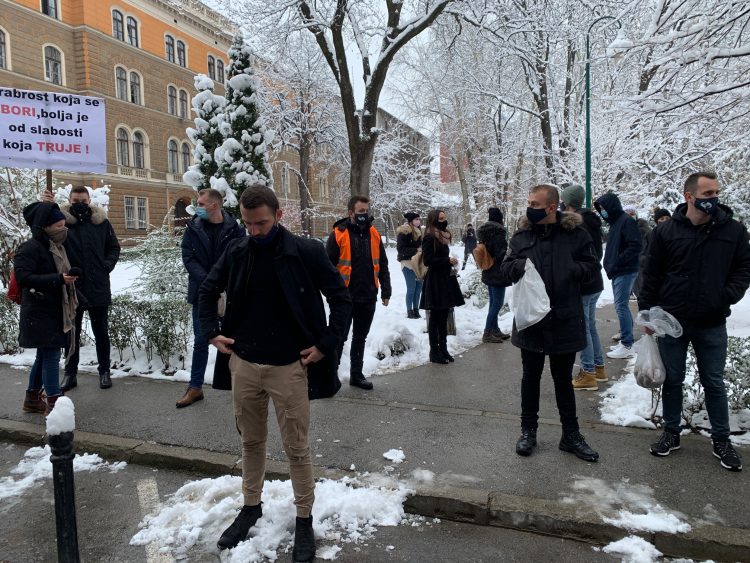 Students staying at the Sarajevo Student Center gathered in front of the Sarajevo Canton Government building on Wednesday to protest over the bad conditions in the dormitory, accusing local authorities of neglect.

“Due to the overall bad and careless attitude towards students throughout the years, we call on all students and all citizens who have common sense, to defend the honour and dignity of students and stop the total collapse of education towards which our authorities are leading us,” the association of students at the city’s Student Center said.

The statement said that the canteen at the Student Center is nearly out of food as the suppliers were not paid.

“We must not allow the dysfunction of the government and its institutions to be reflected on us,” they said.

The Student Parliament of the University of Sarajevo expressed support for the protest.

The Sarajevo Canton Prime Minister, Edin Forto, said that most of the demands of the students are justified and that the situation is a result of “many years of negligence” which his new government now has to deal with.

He argued that the Student Center has for years been used by officials to employ their party colleagues and family members and that such an approach has now led to the institution being some ten million Bosnian Marks in debt.

“We support every protest that is in accordance with the law, it is tragic that students have to gather like this,” he said, adding that “the fate of the Student Center as an institution is uncertain.”