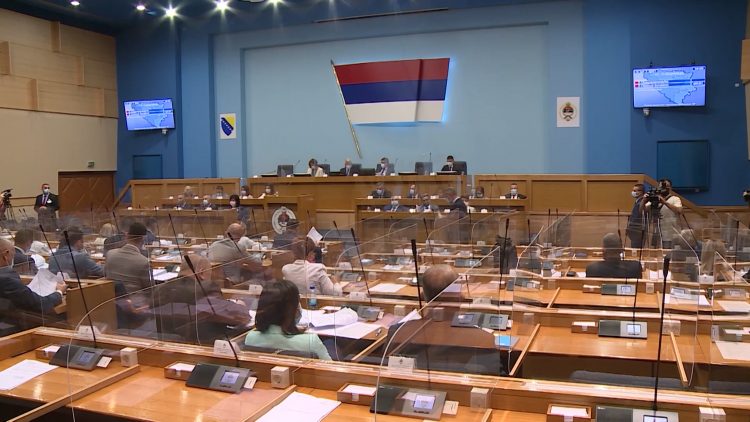 Political leaders in Bosnia's Republika Srpska entity officially signed on Friday the conclusions they agreed on earlier this week, in response to the genocide denial ban that the outgoing international community's High Representative Valentin Inzko imposed through amendments to the Criminal Code of Bosnia and Herzegovina.

Among other things, the conclusions reject the decisions imposed by the international envoy, assessing them as “unacceptable and null and void.”

The High Representative, tasked with overseeing the civilian implementation of the 1995 Dayton Peace Agreement in Bosnia, used his special powers last week to introduce amendments to the BiH’s Criminal Code which sanction the glorification of war criminals convicted by final and binding judgments, as well as the denial of genocide, crimes against humanity and war crimes.

This sparked the reactions among the Serb leadership and prompted the Serb member of BiH's state tripartite Presidency to announce “institutional response.”

The parties gathered on Monday and agreed on a set of conclusions, among other things announcing they would withdraw from the work of the state institutions.

What they initially agreed has been signed today.

According to the conclusions, the RS political representative will not take part in the decision making processes at the state level, “unless in the instances when the participation is necessary to stop the decision making that is contrary to the interests of Republika Srpska, as long as the issue of imposed law is not solved.”

The conclusions that were signed both by the political parties in power and the opposition reject any imposing of decisions in BiH and conclude that the High Representative was not “legally elected in line with the regular procedure.”

Political representatives from the Serb-majority region announced sending two laws to parliamentary procedure, which will treat this matter and agreed they would harmonise other activities in the upcoming period.

Although they previously announced they would not cooperate with the High Representative, the conclusions did not specifically say that.

The conclusions were signed only days before the arrival of new High Representative Christian Schmidt, who will officially assume office as of August 1.

Later the same day, the RS entity parliament adopted two laws and a conclusion, according to which the High Representative's latest decision will not be implemented in this part of the country.