FACE TV editor after reporting threats: This is about all those who speak truth 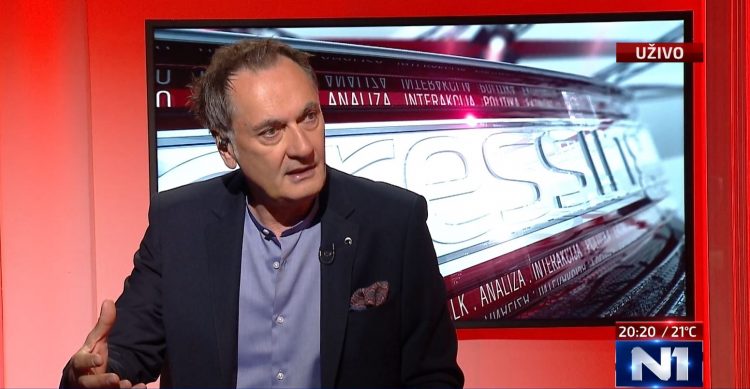 This is not about me but about all those who publicly speak the truth, the founder and editor of FACE TV Senad Hadzifejzovic said in an interview with N1, days after the threats against him were reported and after the person suspected of threatening him was released from custody.

Sarajevo police detained on Saturday a man suspected of trying to enter the premises of FACE TV in Sarajevo and threatening Hadzifejzovic during the central news a day before, but the man was released on Monday.

Speaking in N1's Pressing, the journalist apologised for acting emotionally but said he was shocked by the decision and with the fact that the judge who released the suspect had openly made comments on social networks about him and the central news that he hosts on FACE TV.

“This decision is out of the mind. He can shoot you from 50 or 100 metres. It (the decision) does not say he is forbidden to get close to my family. Such a decision was either made earlier or in a rush. I am rather asking for the protection of my family and other journalists than for myself,” Hadzifejzovic told N1.

According to him, the decision was political. 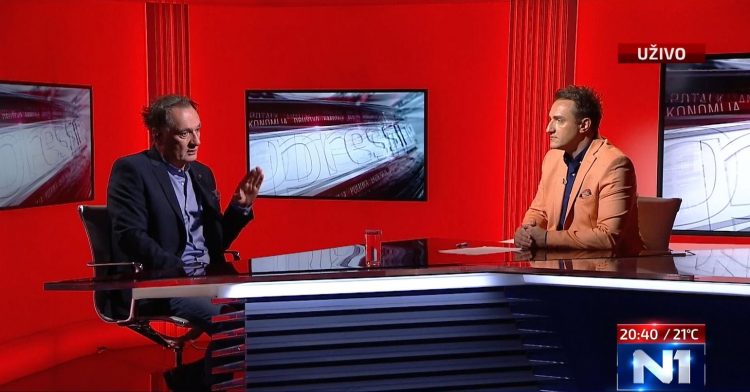 Hadzifejzovic claimed the threat against him was among others incited “directly” by Bakir Izetbegovic, the SDA party leader, and his wife, Sebija Izetbegovic, who is the general manager of Sarajevo University Clinical Centre, whom Hadzifejzovic often criticised in his reports over various affairs.

“This all started with the ‘ventilators affair’. They said I was the only one continuously forcing this topic for 15 months,” explained Hadzifejzovic, referring to the controversial purchase of China-made ventilators from the beginning of the pandemic last year, which is now a subject of the trial at the Court of Bosnia and Herzegovina.

Abdulah Hajdarevic, the suspect, who was reported earlier on several occasions by other journalists, has never been sentenced. Some of those reports include threatening comments and messages on social networks.

On Friday, he allegedly tried to enter the premises of FACE TV as the central news hosted by Hadzifejzovic was on air but was prevented by the security officers. Prior to his arrival, according to FACE TV journalists, he was sending threatening messages.

Reportedly, he conveyed the greetings of Sebija Izetbegovic.

Hadzifejzovic said he felt sorry when he found out the man was originally from Foca, a war-torn eastern Bosnian town, and was a teenager when the war was happening.

“It felt like the world fell apart for me. But this cannot be his alibi,” he said.

“Why didn't they say anything? It is unbelievable really they said nothing,” Hadzifejzovic noted, referring to Izetbegovic spouses.

He also said this was not his private war.

“If it was, I wouldn't need more than three minutes on air. I am a legalist,” he added.

Hadzifejzovic received the support of locals and journalists who gathered last weekend in front of the FACE TV premises.

International envoy in Bosnia and Herzegovina, Valentin Inzko, called on the authorities to protect journalists and ensure that they can perform their professional duties without being intimidated or threatened