US envoy: Bosnia's problem is with systemic corruption not ethnicity 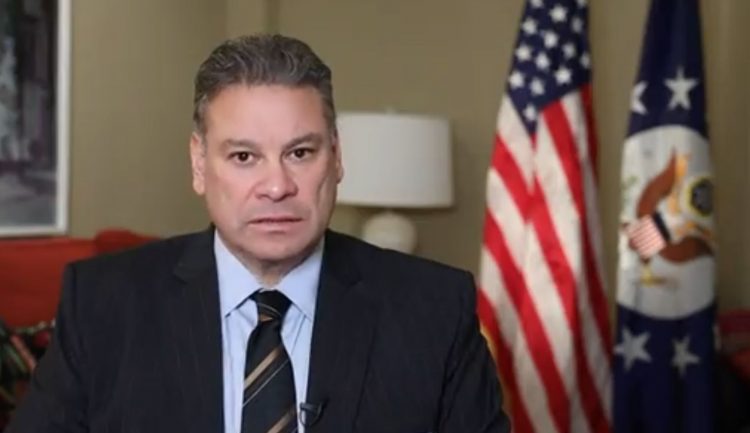 Bosnia and Herzegovina does not have a problem with ethnicity but with systemic corruption and the lack of credibility of political actors, which affect the functioning of the state institutions, the US special envoy to the Western Balkans, Gabriel Escobar, told Hina in an interview on the sidelines of a US-Adriatic Charter meeting.

That's why he said he was more concerned about demographic and economic problems than ethnic issues.

Unlike some of the Western European politicians who advocate abandoning the ethnic criteria, such as German Social Democrats, whose leader will be the new Chancellor, the US diplomat stressed that the constitutional setup with the three constituent peoples remains the foundation of the US policy in Bosnia and Herzegovina.

A political consensus can be reached with limited reforms, but not by changing the Dayton structure, Escobar said, adding that he is currently working with political actors in Bosnia and Herzegovina on the reform of electoral legislation to satisfy all three constituent peoples in the country.

Dayton Peace Agreement is a deal that 26 years ago ended the 1992-95 Bosnian war and created the country's constitutional setup, dividing the country into two semi-autonomous regions – Bosniak-Croat shared Federation and Serb-majority Republika Srpska. The peace process implementation is being overseen by international envoy, officially the High Representative, who represents the countries involved in the implementation of the peace deal through the Peace Implementation Council (PIC).

The pressure on Bosnian politicians to accept reforms should come from its residents. It is important that they choose politicians seeking to reach solutions that will suit everyone in the country and not just their party or people, Escobar said.

Sanctions exist, but they will not be directed at the Republika Srpska and the Federation – Bosnia's two semi-autonomous regions, or their citizens, but at corrupt individuals, he added.

Escobar visited Bosnia and Herzegovina earlier this month and met with its political leaders. Before that trip, he accused the Serb member of Bosnia's tripartite Presidency, Milorad Dodik, of trying to cover up corruption by provoking the crisis in the country.

In the interview with Hina, he said that Dodik, who is trying to weaken the central institutions of the state, is not the only problem, but is the most topical problem in Bosnia and Herzegovina.

EU enlargement needs to be accelerated

Asked if the US was discussing with Western European countries the need to speed up the EU enlargement process, Escobar said they have been discussing it all along.

Recently, there was a meeting of the Quint, an informal decision-making group consisting of the United States, the United Kingdom, Italy, France and Germany, where it was unanimously decided that the six Western Balkan states should become part of the European Union as soon as possible, he said.

We are hoping to speed up the enlargement process and we are discussing it with the Western states, Escobar said, adding that he is confident that Albania and North Macedonia will be the next success story of European integration.

He noted that the Western Balkan economies are growing two to three times faster that Western Europe. Europe will need such growth and the region will need Europe to continue it. That's why enlargement is a question of time and not a question of whether the door is open or not, he added.

Serbia belongs to the EU

Commenting on statements such as one made by Croatian President Zoran Milanovic that Serbia does not have a sincere wish to join the EU, Escobar said that historically, culturally and increasingly economically Serbia belongs to Europe and most of its citizens believe that their future lies in that alliance.

Serbia has defined EU membership as its strategic goal and is already linked with this alliance. I think this process is well under way, the US diplomat said.

Serbia has not opened any negotiating chapters in the past two years, and Escobar agrees that it should be faster in this process. He, however, noted that some progress had been made despite the coronavirus pandemic.

As for the alignment of its foreign policy with that of the EU, this year Serbia was better than it has been for a long time, Escobar said, adding that two-thirds of Serbian foreign policy is in line with the EU.

Visa waiver is a great achievement

Escobar said he had also come to Zagreb to stress how much the present US administration appreciated its relationship with Croatia.

He said that Croatia has indeed become a strategic partner, as shown by the lifting of visa requirements for Croatian nationals travelling to the US.

That was not a gift, but the result of the work of Croatian institutions. This is a greater achievement than the public is aware of and it shows the trust of the US authorities in Croatia, Escobar said.

Bulgaria, Cyprus and Romania remain the only EU member states whose citizens need to apply for a visa when travelling to the United States.

Escobar said he hopes that in the near future Croatia and the US will launch a bilateral strategic dialogue to deepen their partnership in areas other than military and political, namely in commercial and financial areas, education and culture.

Croatia is one of the most impressive partners of the United States in this part of Europe, Escobar concluded.