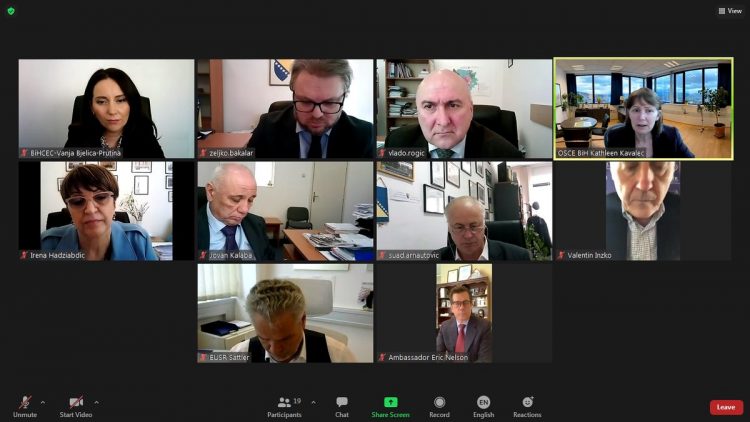 As administrator of elections in Bosnia and Herzegovina and the institution in charge of implementing any reforms, the Central Election Commission must “meaningfully contribute its expertise to reform discussions,” the US Embassy said on Wednesday following a meeting on electoral reform that foreign ambassadors held with the members of Bosnia's top electoral authority.

According to the embassy statement, US Ambassador Eric Nelson, Head of the OSCE Mission Kathleen Kavalec, EU Special Representative Johann Sattler and High Representative Valentin Inzko discussed this year's “window of opportunity for electoral reforms” with the Commission members and urged BiH leaders to complete the formation of the inter-agency working group that will work on this reform, so that the “discussion can begin in earnest.”

“We agree with the CEC that adopting key ODIHR and GRECO-recommended reforms will create a freer and fairer electoral process for all. There is no legitimate cause to delay this process,” said the embassy following the meeting.

Ambassador Kavalec stressed that the CEC is the “key institution in ensuring that integrity of BiH's elections continues to improve,” the OSCE Mission said following the meeting.