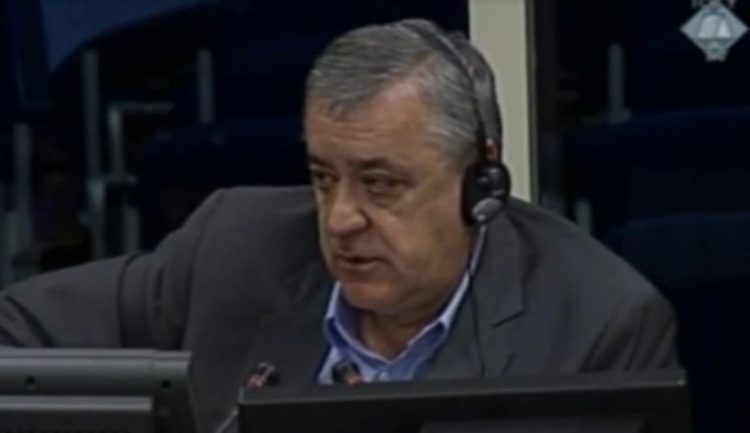 The Bosnian Court ordered custody Monday for Milomir Savcic, the Head of the Veterans' Association of Bosnia’s Serb-dominated Republika Srpska entity, accused of the war crime of aiding and abetting the genocide in Srebrenica, his lawyer Miodrag Stojanovic confirmed for N1.

Miodrag Stojanovic said that “the Court of BiH found that some of what my client said was commenting on elements from his indictments.”

He stated that after the decision of the Court, Milomir Savcic could end up in custody at any moment.

“He remains in custody until further notice. There is no deadline. There is a detention control every two months,” the lawyer explained to N1.

Stojanovic added that he has three days to appeal the decision of the Court of BiH. Otherwise, Milomir Savcic will remain in custody for at least two months.

The BiH Prosecution cited four of Savcic's media appearances in which he violated the prohibiting measures, and all four were recorded after amendments to the BiH Criminal Code, introduced by former High Representative in BiH Valentin Inzko, regarding the ban on genocide denial.

These are Savcic's two appearances on RS Radio-Television in July, and two more guest appearances on other media.
Savcic told RTRS on July 22 that Inzko's decision must be rejected.

“We have never disputed that a crime happened and that we ourselves demanded that those responsible for it be held accountable, but we cannot accept something that absolutely did not happen and that is not true. To condemn ourselves for something that is not a factual situation, nor can it be proven by anything,” Milomir Savcic said among other things.