MEPs discuss situation in Bosnia, call for sanctions against Dodik 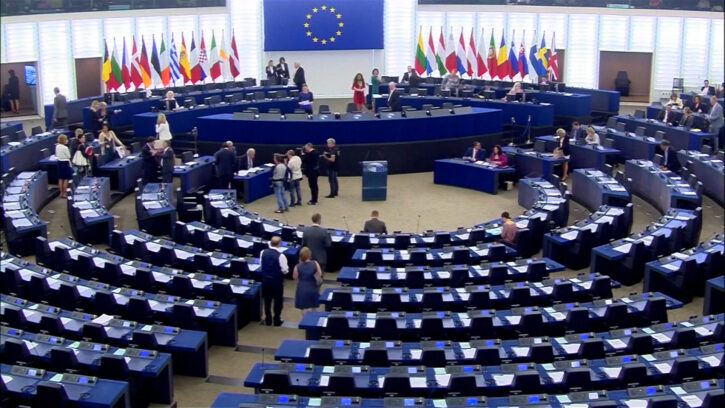 Bosnia and Herzegovina needs a constructive dialogue and political will from all sides to move forward on its EU path, said the European enlargement commissioner Oliver Varhelyi addressing the EU Parliament during a debate on the situation in Bosnia and Herzegovina. He stressed that this matter is all the more important in the changed international context, following Russia's war on Ukraine.

“These events have in fact confirmed Bosnia and Herzegovina’s European commitment: the country has aligned with EU statements and decisions on Ukraine, which we very much welcome”, stressed Varhelyi.

However, he noted there are growing political divisions throughout the country at different levels, which were aggravated among other things with the boycott of the state-level institutions by representatives of Bosnia's Serb-majority region Republika Srpska.

“The continued boycott of decision-making at different levels – Presidency, Council of Ministers – could jeopardise significant investments, including investments coming from the Economic and Investment Plan. As I have stressed several times to representatives of Republika Srpska, there is a need for urgent steps to deescalate tensions, to avoid further rhetoric and to ensure the swift return to the state institutions and ensure their full functioning,” Varhelyi underlined.

He recalled that the European Commission has already conditioned the financial package for the investment projects in Bosnia and Herzegovina, of which two – for the road and rail connections along Corridor VC, are on the territory of Republika Srpska.

The Commission, he added, intends to sign the respective contribution agreements for these two investments, worth €600 million, only after the return to the full functioning of the state institutions.

“Bosnia and Herzegovina is key for the future of the Western Balkans. The region’s future is in the European Union. Instead of infighting, the country should focus on the positive and constructive European agenda. This is the agenda with real gains and real benefits for everyone. It is the agenda that brings prosperity, stability and peace, long-term. And it is the agenda on which we need to work on together,” concluded the commissioner.

MEP Paul Rangel warned during his address that this was the most dramatic moment in Europe after the World War II.

He stressed that the peace, stability and integrity of Bosnia and Herzegovina at stake, and added that it must not be allowed that the conflict in Ukraine leaves negative impact on the region.

Rangel urged for the sanctions against those who work against the Constitution of BiH.

MEP Dietmar Kostner warned about the support that Bosnian Serb leader Milorad Dodik is showing to Russian President Vladimir Putin, adding that he is cooperating with Moscow which has an interest to destabilise Bosnia and Herzegovina.

“The time has come to sanction Dodik and support the sovereignty and territorial integrity of BiH,” said Kostner.

MEP Romeo Franz also warned about Dodik's alliance with Russia and assessed as “shameful” that some countries blocked sanctions against him. He stressed that there should be no talk with Dodik anymore and that he must step down.

MEP Tineke Strik assessed that the Russian aggression in Ukraine “should serve as a wakeup call for the EU's approach towards the Bosnia and Herzegovina.”

“Dodik's continued alliance with the warmongering Russian President forms a threat to European security and demonstrates once again that he has no respect for international law, state sovereignty or territorial integrity. It is an urgent reminder to EU Member States that sanctions should be implemented now, instead of negotiating with him about the future of BiH,” Strik said.