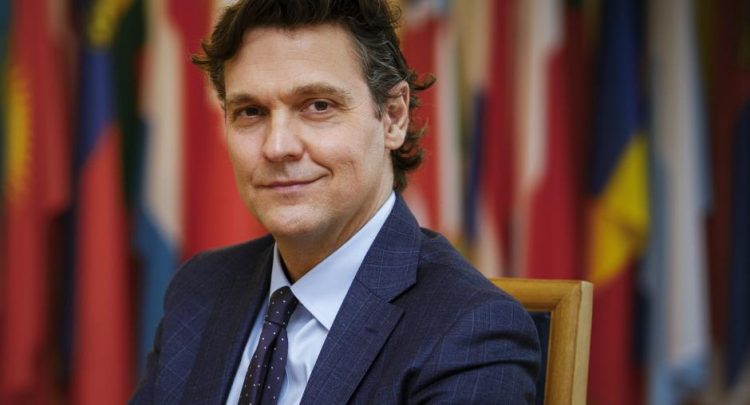 In an interview with N1, Mateo Mecacci, director of the OSCE's Office for Democratic Institutions and Human Rights (ODIHR), said the OSCE supports efforts to achieve electoral reform in Bosnia and Herzegovina. Read the full interview below to see what he had to say about the state of peace in the country, human rights, implementation of international courts’ decisions and other relevant topics.

We’ve been working closely with Bosnia and Herzegovina’s political parties on the topic of electoral reform, most recently during the discussions in Neum last month. It’s good to see that leaders of different parties intend to continue their dialogue, and seek solutions that are acceptable to all sides.

We very much support the country’s electoral reform efforts, and we’ve been providing detailed advice about how the proposed amendments to the election law can help to meet international standards.

The parties we met in January committed to substantial changes that address numerous ODIHR recommendations. We very much hope that the parties will use this opportunity to make these improvements to the election law, particularly as many of them appear to enjoy broad public support.

Experts from the OSCE Office for Democratic Institutions and Human Rights presented ODIHR’s final report on the 7 October 2018 general elections in Bosnia and Herzegovina and Herzegovina during a visit to Sarajevo on 15 and 16 April 2019. The ODIHR representatives noted that the elections, while genuinely competitive, were marked by continuing segmentation along ethnic lines. Will your visit to Bosnia and Herzegovina be directed at the findings of that report?

All OSCE countries have committed to follow up promptly on ODIHR election assessments and recommendations, and follow-up is a key element of ODIHR’s election activities. But for the follow-up to be sustainable, efforts are needed from the countries themselves, for example political will and dialogue, as well as undertaking reforms sufficiently early, and holding inclusive consultations about the changes.

What would be recommended changes towards equal and democratic rights for all citizens?

There are many answers to this question! One important area is combating hate crime. ODIHR has noted a number of positive developments to address hate crimes in Bosnia and Herzegovina, in particular through cooperation between national authorities and civil society and the OSCE Mission to Bosnia and Herzegovina. However, we have also recently seen increasing use of inflammatory rhetoric in public, which can lead to instability and delays in the reform process. It’s also very important that potential hate crimes are swiftly investigated in order to avoid old hostilities resurfacing and insecurity among citizens.

ODIHR has developed training to help teachers across the OSCE region address the root causes of prejudice and prevent hatred. I discussed this with Foreign Minister Turković, and we are hoping to expand this successful program in Bosnia and Herzegovina. Despite the difficulties caused by the COVID-19 pandemic, we continue to support dialogue between different religious communities, and have developed a dedicated training course that’s due to be introduced to youth of different ethnic and religious backgrounds in Bosnia and Herzegovina later this year. I’d also like to add my appreciation to our colleagues from the OSCE Mission in the country for their cooperation and their own excellent work in combating hate crime.

Another important area is ensuring the country has strong, democratic legislation. ODIHR is currently finalising its preliminary assessment of the legislative process in Bosnia and Herzegovina. This assessment will contain recommendations to revise the regulations governing different aspects of the law-making process in line with international standards.

Another area is increasing the political participation of women, as rates in Bosnia and Herzegovina are very low. ODIHR is also currently working on a new toolkit dedicated to addressing violence against women in politics, which will provide practical guidance to parliaments, political parties, politicians and civil society and could be of real use in Bosnia and Herzegovina.

Finally, we need to ensure that young people are included in the political processes that will have an effect on their future. I was pleased to see that young public officials, civil society activists, and academics from Bosnia and Herzegovina take part in ODIHR’s Young Policy Advisers course and our Schools on Political Parties and Democracy. We need to expand and strengthen these activities, which help ensure that young people are equipped to contribute to and shape the societies they live in.

Rulings of the European Court of Human Rights have not been implemented – such as the famous Sejdic-Finci ruling which states that it cannot be that someone who does identify neither as Croat, Serb or Bosniak cannot stand for election as president. Neither can citizens of Bosnia and Herzegovina who don't define themselves as part of one of the three ethnic groups. How to ensure the upholding of Human rights laws in this country?

We are very much aware of the lack of implementation of the rulings from the European Court of Human Rights on Bosnia and Herzegovina’s electoral system, which remains discriminatory. Strong political will from all sides of the political spectrum is vital to move forward on this and other electoral legislation reform.

How do you comment on Bosnian Croats’ complaints that the law does not guarantee equal representation to all three constituent ethnicities in Bosnia and Herzegovina – specifically Croats with referral to the Dayton agreement which created two entities, one comprising Bosniaks and Croats, the other the Serbs? Several MEPs during their visit to Bosnia and Herzegovina have stated clearly that an explicit law sought by Dragan Covic cannot be accepted in EU Parliament for, quotation, ‘having traces of apartheid’ (stated earlier by MEP Thomas Waitz in an exclusive interview with N1), end quotation. How do you comment on this? What is ODIHR point of view on these matters?

ODIHR’s role is to support countries in strengthening their democracies. We work with Bosnia and Herzegovina in many areas, from electoral reform through legislative support to increasing the inclusion of Roma communities. While there has been progress in all these areas, we are aware that there is still much to do – and I hope this awareness is shared by our partners in Bosnia and Herzegovina. Political dialogue and adherence to democratic values are the best recipes to address these challenges.

In your opinion, are the General elections jeopardized by recent law drafts and decisions by the National Assembly of Republika Srpska? Is the stability in Bosnia and Herzegovina jeopardized hereby as well, especially by the inability of leaders of three ethnic groups and their political partners to successfully AND within Human rights laws, implement changes to the electoral process and reform?

It is important for democratic institutions to function effectively to be able to deliver on the mandate given to them by citizens. In this context, and on the recent draft law, I’d refer you here to the recent joint statement from the OSCE chair and secretary-general, in which they called “on all leaders in Bosnia and Herzegovina to work together to create the conditions necessary for constructive political dialogue, for the benefit of all citizens across the country.”

In case of delayed elections in Bosnia and Herzegovina, what conclusions do you draw from your experiences across the world as in stability and peacekeeping?

The elections are planned for 2 October, and as always, we won’t prejudge them. While further dialogue is needed, ODIHR sincerely hopes that the agreements reached in recent discussions to introduce some safeguards for the integrity of elections will be introduced. At the same time, the upcoming elections need proper and timely financing, and we have heard a number of concerns about this and any delays issues with the financing may cause.

Croatian President Zoran Milanovic said that the Bosnian Serb political leader Milorad Dodik is Croats’ partner in, what now seems to be, controversial efforts to change Bosnia and Herzegovina’s electoral system. Dodik was blacklisted by the US earlier in January this year for alleged corruption and destabilizing Bosnia and Herzegovina. How do you see this alliance progressing towards General elections?

ODIHR’s task is to support countries in strengthening their democratic institutions and respect for human rights. In that context, I believe that our ongoing support for electoral reform in Bosnia and Herzegovina is having a positive effect. However, we have no role to play in the domestic political debate.

In which ways will you draw attention to recommendations on revising the legal framework for elections and the way polling station commissions are formed, as well as on preventing pressure on voters, strengthening the transparency and accountability of campaign finance and measures to guarantee the voters’ right to a free and secret ballot?

ODIHR supports all OSCE countries in following up on our electoral recommendations. Specifically in this region, ODIHR has an ongoing project entitled ‘Support to Electoral Reforms in the Western Balkans’. Launched in January 2021, this is ODIHR’s second project to support the follow-up of electoral recommendations in the region. This three-year project supports election management bodies and related institutions in the region in their efforts to follow-up on election observation recommendations in areas associated with election management, voter registration, the conduct of the media during election campaigns, ability of parties and candidates to freely campaign and the capacity and independence of electoral dispute resolution bodies.

What would be further improvements to the electoral processes in Bosnia and Herzegovina if and when the ODIHR is ready to support such efforts?

ODIHR continues to support to Bosnia and Herzegovina in its efforts towards electoral reform. We participated in the discussions at the end of January in Neum to advise on how the proposed amendments to the election law can better address ODIHR recommendations and meet international standards.

We were glad to see that the parties that participated in the January discussions committed to substantial changes that address a number of ODIHR recommendations. These include measures to improve the election administration, as well as the addition of a clear definition of prohibited speech, the explicit prohibition of the misuse of administrative resources, and better regulation of campaign finance to provide greater transparency and accountability.

We also have a long-term recommendation to Bosnia and Herzegovina that discriminatory restrictions to stand for elections need to be removed. We’re glad to see there appears to be an understanding that this has to be addressed, and soon. My appeal to all political parties is now to proceed with the adoption of the agreed recommendations as soon as possible, to allow time for their implementation, as they will contribute to increase public confidence in the elections. Lack of agreement on some of the recommendations should not be used to entirely block the election reform process.