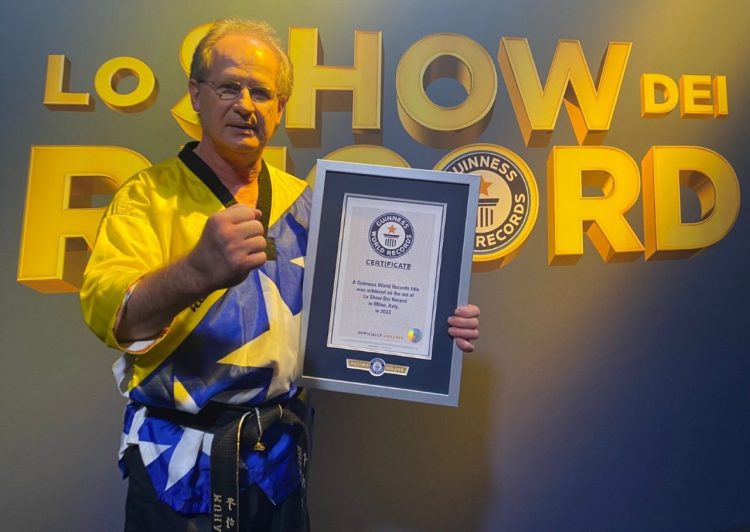 A Bosnian man living in Hamburg, Germany, Muhamed Kahrimanovic, broke the Guinness record for the number of broken baseball bats in 60 seconds.

The idea came from the Guinness section of England. The mission was to break as many baseball bats as possible with one hand.

“There were two previous records. The first one was held by me with 55 bats per minute, and the second one was held by a Japanese and a Turk who broke them with their legs. They smashed 65 baseball bats in 60 seconds. When I went to Italy I didn't know what to expect, I didn't bring my baseball bats, they ordered them for me. They were very solid and quality bats, which are used for professional baseball. Before the competition started, the moderator took a bat and tested it before the start. He hit the concrete slabs five to six times, but the bat did not break, and the concrete slab was damaged after that. Then he placed those bats in front of me. It was a little unexpected for me because I didn't know what the inside of those bats was like. I went for all or nothing. A total of 70 bats were set. Of those 70, I broke 68 with my hand. Most importantly, there were no injuries after that,” Muhamed said.

Hamburg residents know him as “Hammerhand”. He left the town of Ilijas when he was 15, after finishing elementary school. He and his parents have lived in Germany since 1974. In 2020, he retired at the age of 45.