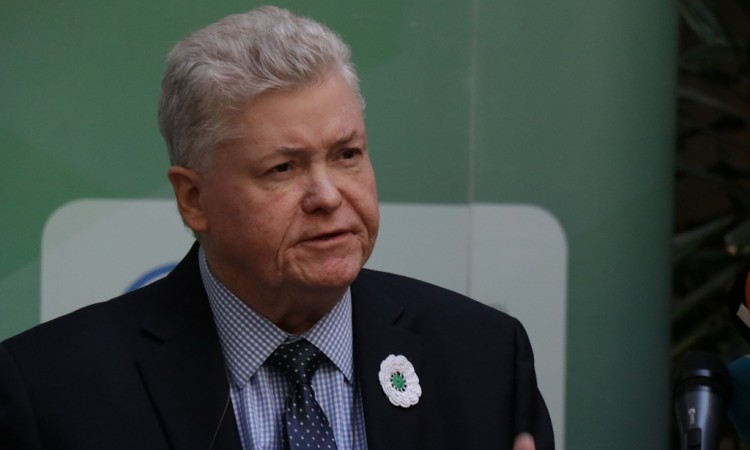 A group of Bosnians and Americans from BiH united in the "Working Group for Bosnia and Herzegovina" sent a letter to EU High Representative for Foreign Affairs and Neighborhood Policy Josep Borrell, urging him and other EU officials, including European Commission President Ursula von der Layen, to get more involved in responding to the current crisis in BiH, Fena news agency reported Tuesday.

According to the letter, the European Union should focus its activities on sanctions against those who pose a threat to peace, ensure the strengthening of the European peacekeeping force (EUFOR) mission in BiH and provide strong public support to the authority and decisions of the Office of the High Representative (OHR) in BiH.

“The talks held during Enlargement Commissioner Oliver Várhely's meeting in November appear to support the interests of Serb and Croat nationalists, who, with the support of the Russian Federation, are seeking to undermine BiH's sovereignty and territorial integrity,” they said.

Based on the EU Delegation to BiH and EU Special Representative Johann Sattler November meeting report, it was clear that Commissioner Várhelyi blames former High Representative Valentin Inzko for the current crisis in BiH for imposing amendments to the Criminal Code banning genocide denial and glorifying convicted war criminals.

“Commissioner Várhelyi stated that a debate should be held at the local level in order to reach a consensus and give domestic political representatives the opportunity to pass this law. This is an unjustified and extremely inaccurate criticism directed against Inzko,” the letter said.

They recalled that Inzko consistently and energetically appealed to domestic politicians to pass that law and the adoption of such a law was twice proposed in previous years by delegates in the House of Peoples Zlatko Miletic and Denis Becirovic, but its adoption was prevented by votes of Croat and Serb Caucus delegates.

EU’s anti-genocide denial laws recognize that denial is hate speech that denies and diminishes a crime committed against a target group and makes that group vulnerable to the recurrence of such atrocities.

“By passing this law, Inzko, in addition to achieving historical and timely confirmation of the rule of law, sought to protect genocide survivors, including the mothers of Srebrenica, from implicit threats and re-traumatization from such hate speech,” the letter said.

A report presented to the UN Security Council by High Representative Christian Schmidt warned that due to escalating threats to peace posed by Bih Presidency member Milorad Dodik, BiH faces the greatest existential threat in the post-war period, and genocide denial and glorification of convicted war criminals is one of the main sources of destabilization, the Working Group for BiH warned.

“Dodik's threats and his plan to form a (Republika Srpska) entity army, the same army that committed atrocities against civilians between 1992 and 1995, are a cruel re-traumatization of survivors of the siege of Sarajevo, concentration camps, Srebrenica genocide and other atrocities,” they said.

Due to all of the above, the members of the Working Group for BiH appealed to those responsible in the European Union to form an operational alliance between the United States, the United Kingdom and the European Union in order to defend the sovereignty and territorial integrity of Bosnia and Herzegovina.

In particular, they called on them to join the United States in targeted sanctions against Milorad Dodik and others posing a threat to peace, and that once the current crisis is resolved, it is imperative to speed up Bosnia and Herzegovina's EU accession as a restorative justice issue.

The letter was signed by David Pettigrew, the professor of Holocaust and genocide studies at the University of Southern Connecticut on behalf of the “Working Group for BiH,” who confirmed to Fena that the letter had been forwarded to European Council President Charles Michel.